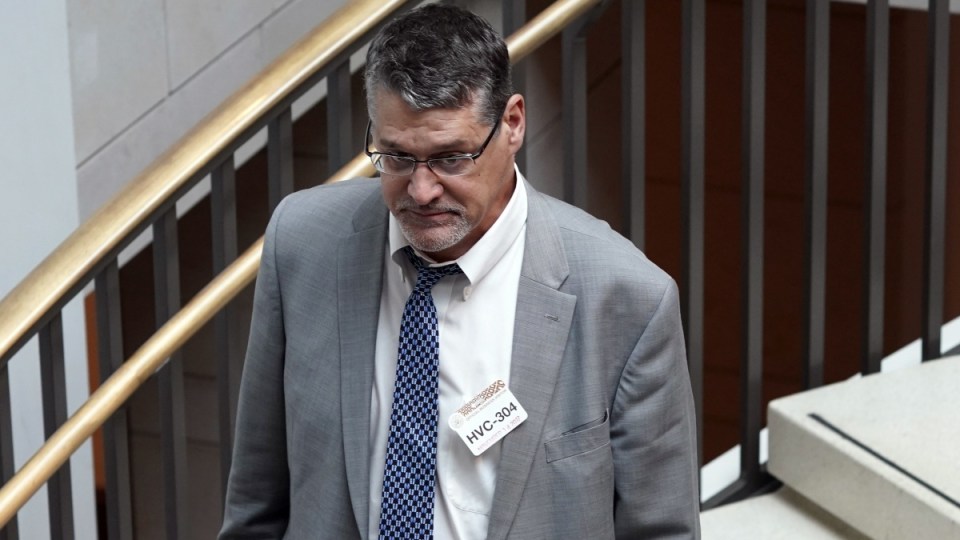 A senior Democrat has defied Congress by publishing in full the secret testimony of one of the men responsible for the infamous ‘golden shower’ dossier on Donald Trump.

The dossier, which triggered a massive scandal when Buzzfeed published it just after the US election, caused the most outrage by claiming that Mr Trump paid two prostitutes to urinate on a Russian bed that Barack and Michelle Obama had slept on. It alleged this and other incidents had opened Mr Trump to blackmail by Russia.

On Wednesday, California Senator Dianne Feinstein, the top Democrat on the powerful Senate Judiciary Committee, published the transcript to “set the record straight”.

The document purports to be the word-for-word testimony of Glenn Simpson, a former journalist and co-founder of research firm Fusion GPS, to a committee hearing in August 2017.

She did so without the approval of the Republican members of the committee. The Senator has been critical of Republicans for refusing to release the full transcript while also selectively leaking snippets to the media.

According to the transcript, Mr Simpson detailed at length how and why the Trump dossier came to exist, and defended its authenticity.

The dossier was initially paid for by a conservative website, The Washington Free Beacon, which cut funding to the project when Mr Trump emerged as the Republican frontrunner. Democrats, including Hillary Clinton’s presidential campaign, paid Fusion GPS to continue the research.

Fusion GPS, co-founded by Mr Simpson, commissioned former British spy Christopher Steele at London-based Orbis Business Intelligence to gather additional information on Mr Trump, which came to form the most salacious parts of the dossier – including the ‘golden shower’ claims.

Mr Trump has maintained the entire dossier was “fake news” and a “total political witch hunt”.

Joshua Levy, a lawyer for Fusion GPS, testified to the committee in August that someone died as a result of the dossier.

“He wants to be very careful to protect his sources,” Mr Levy said of Simpson, according to the transcript.

“Somebody’s already been killed as a result of the publication of this dossier and no harm should come to anybody related to this honest work.”

Mr Levy did not name the alleged murder victim.

“He [former British spy Christopher Steele] thought from his perspective there was an issue – a security issue about whether a presidential candidate was being blackmailed,” Mr Simpson told the committee.

“Chris said he was very concerned about whether this represented a national security threat and said he wanted to – he said he thought we were obligated to tell someone in government, in our government about this information.”

When former British spy Christopher Steele first alerted the FBI to the information he was unearthing on behalf of Fusion GPS, the FBI – according to Simpson’s testimony – said the information sounded credible “because they had other intelligence that indicated the same thing, and one of those pieces of intelligence was a human source from inside the Trump organisation”.

However, some US media outlets are claiming that this supposed inside source was in fact Australian diplomat Alexander Downer, who tipped off the FBI about George Papadopoulos.

The New York Times published an article in October 2016, seemingly based on a leak from the FBI, which suggested the agency had found no clear link between Trump’s campaign and Russia.

This prompted Christopher Steele, the man hired by Fusion GPS, to stop cooperating with the bureau, according to Simpson’s testimony to the committee.

“I understand Chris severed his relationship with the FBI out of concern that he didn’t know what was happening inside the FBI and there was a concern that the FBI was being manipulated for political ends by the Trump people and that we didn’t really understand what was going on.”

Mr Simpson testified that Mr Trump had, in public, inflated the value of the properties he owns, while quietly claiming otherwise in official documents.

“We concluded that his statements about what individual properties were worth were greatly exaggerated and at odds with the information that he’d supplied, you know, in legal filings with tax authorities and other records, corporate records,” the Fusion GPS co-founder said.

He also claimed the President’s country clubs “were not profitable entities” and that Mr Trump had “sunk a lot of money into them and he hadn’t gotten a lot of money back yet”.