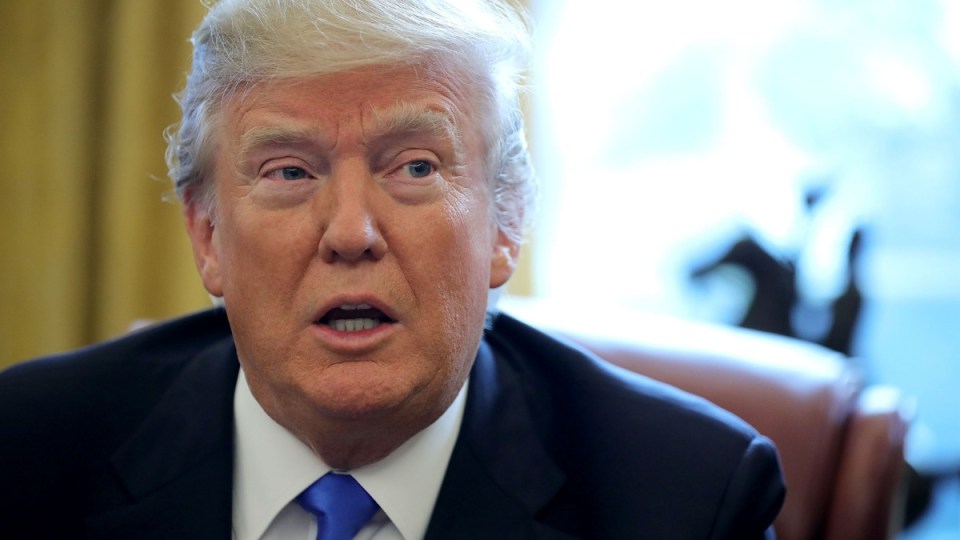 Donald Trump is getting his first medical check-up since taking office, after pushing back against suggestions he is mentally unfit for the US presidency. Photo: Getty

US President Donald Trump is getting his first medical check-up since taking office, a head-to-toe exam as questions swirl about the health and fitness of the oldest person ever elected to the nation’s highest office.

In advance, the 71-year-old president pushed back vigorously against suggestions he is mentally unfit, declaring himself “a very stable genius.”

And with mounting speculation that Mr Trump could face Oprah Winfrey as his potential 2020 opponent, the President said he is confident he’s beat the TV personality.

Mr Trump raised concerns last month when he slurred some words on TV.

When asked about it, White House press secretary Sarah Huckabee Sanders said questions about Mr Trump’s health were “frankly, pretty ridiculous” and blamed his slurred speech on a dry throat, “nothing more than that”.

More questions have been raised in the weeks since, given the tone of some of his tweets and the reported comments of some of the people who deal with him day to day.

Some were recently published in a new book about his first year, Fire and Fury: Inside the Trump White House, by Michael Wolff, which Sanders denounced as “complete fantasy” for its portrayal of Mr Trump as undisciplined, child-like and in over his head.

Mr Trump was 70 when he was inaugurated a year ago to handle the 24/7 demands of being president. Ronald Reagan, who served two terms, was a year younger when he took office in 1981.

The news comes as President Trump, speaking on speculation that  Winfrey is considering a 2020 US Presidential bid, claimed he would beat her if she make run for office.

But Mr Trump told reporters on Tuesday: “I’ll beat Oprah. Oprah would be a lot of fun. I know her very well.”

The President noted that he and his family were on one of the final episodes of her syndicated talk show.

Ms Winfrey’s friend, CBS This Morning host Gayle King, said she spoke to the TV mogul on Monday night and she was “intrigued” by the idea of running, but she doesn’t think that her position has changed.

Ms Winfrey has previously dismissed the idea of running for office.

The prospect of a Winfrey candidacy was met with enthusiasm among a number of Democrats, who see her as an inspirational response to the Trump presidency.

But some experienced Democratic operatives tempered the talk by noting that many celebrity figures have dangled the prospect of running for office only to ultimately decide against it, given the rigour and scrutiny.

Mr Trump had once cited Ms Winfrey as his choice for a running mate when he was toying with running for the Reform Party presidential nomination for the 2000 election.