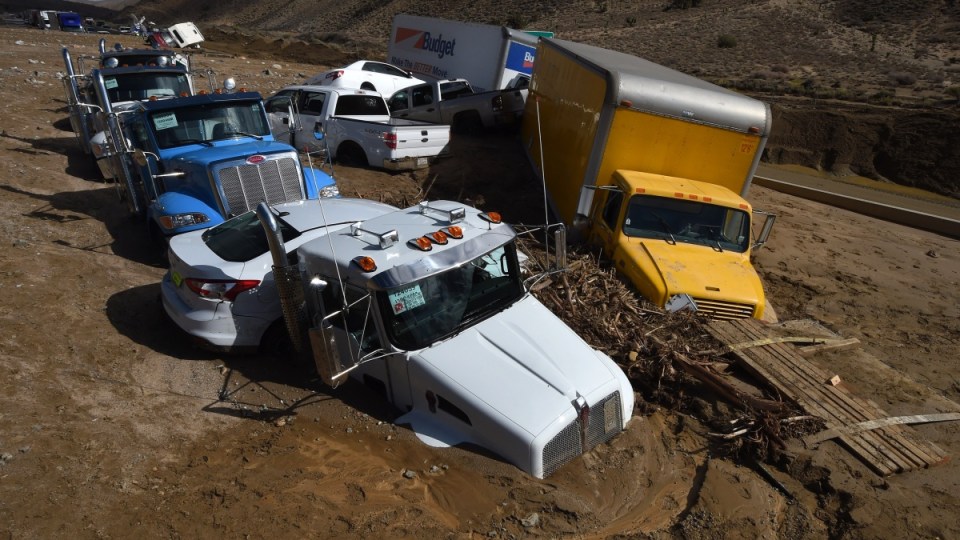 At least 13 people have been killed and homes were swept from their foundations as heavy rain sparked mudslides on hills stripped of vegetation by southern California’s recent wildfires.

Rescue crews have used helicopters to lift people to safety because of blocked roads with firefighters slogging through waist-high muck to get to people trapped in homes and vehicles.

“Several houses were destroyed, and residents were unaccounted for in neighbourhoods hard to reach because of downed trees and power lines,” Santa Barbara County Fire Department captain Dave Zaniboni said.

“We’re performing multiple rescues. There will be more,” Mr Zaniboni said, adding that some of those brought to safety were buried in mud.

Most of the deaths so far were believed to have occurred in Montecito, a wealthy enclave of about 9,000 people northwest of Los Angeles that is home to celebrities including Oprah Winfrey, Rob Lowe and Ellen DeGeneres, Santa Barbara County spokesman David Villalobos was quoted as saying by the Associated Press.

At least 25 people were injured and others were unaccounted for, he said.

Rescue crews used helicopters to pluck people from rooftops because trees and power lines blocked roads, and firefighters pulled a mud-caked 14-year-old girl from a collapsed Montecito home where she had been trapped for hours.

“I thought I was dead for a minute there,” the girl could be heard saying on video posted by KNBC-TV before she was taken away on a stretcher.

Crews have worked to clear debris from roads across the Los Angeles metropolitan area, including a key stretch of US 101 road that was brought to a standstill along the border of Santa Barbara and Ventura counties.

EXCLUSIVE: 14-year-old girl pulled from rubble of mudslide in California: "I thought I was dead there for a minute." https://t.co/3yXMAu8dOi@Miguelnbc has more on the mudslides tonight on @NBCNightlyNews. pic.twitter.com/pUAr15FiAP

Mandatory evacuations were ordered for about 700 homes in sections of Los Angeles County that burned last month in the biggest wildfire on record in California.

The mudslides were set off by a storm that walloped much of the state with damaging winds and thunderstorms.

Downtown San Francisco had a record eight cm of rain on Monday.

Santa Barbara County, which was hit hardest by the rainfall, has ordered 7000 residents to leave their homes because of the threat of more mudslides and has issued warnings to 23,000 more.

Viewer Mary Long sent in this photo from Santo Tomas Lane in Montecito. Mud in her living room. #CAStorm pic.twitter.com/uRL2ZBuLQA

At least 13 dead in California mudslides