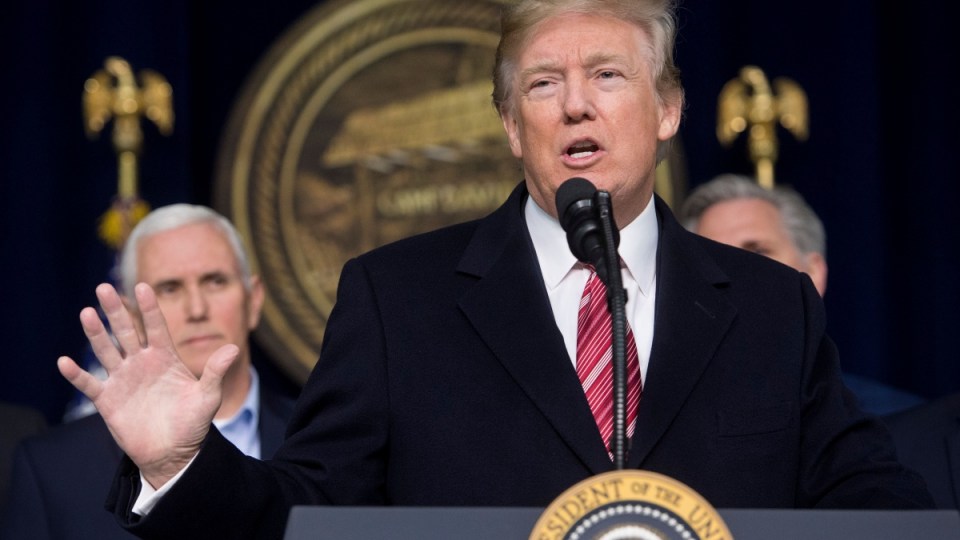 Donald Trump could be interviewed 'within weeks' by special counsel Robert Mueller as part of the investigation into Russian collusion. Photo: Getty

Special counsel Robert Mueller has told US President Donald Trump’s legal team that his office is likely to seek an interview with him as part of its Russia probe, reports claim.

The Washington Post, citing a person close to the president, reported on Monday (US time) an interview on some limited portion of questions was possible within the next several weeks.

Mr Mueller brought up the issue of interviewing Mr Trump during a meeting with the president’s lawyers in late December, the Post said.

NBC said lawyers for Mr Trump had met with representatives of Mr Mueller’s office to discuss the logistics of any such interview.

They included the location and length of such an interview as well as legal standards and options for its format, including written responses instead of a formal sit-down, according to the American news network.

Mr Mueller has been appointed by the Justice Department to investigate claims of Russian meddling in the November 2016 election and possible collusion with President Trump’s campaign.

US intelligence agencies have concluded Russia interfered in the election to try to help Mr Trump win. Russia has denied any meddling, and Mr Trump has said there was no collusion.

Democratic US Senator Richard Blumenthal said in TV interviews on Monday that he expected Mr Mueller would try to talk to the president in person.

“He will interview the president face-to-face is my prediction,” Mr Blumenthal, a member of Senate Judiciary Committee that is conducting its own Russia investigation, told MSNBC.

Two others, Mr Trump’s former campaign manager Paul Manafort and his associate Richard Gates, were indicted on money laundering charges but have pleaded not guilty.

President Trump’s lawyer Ty Cobb said the White House would not comment on communications with the Office of the Special Counsel but was continuing to cooperate fully.

The spokesman for the special counsel’s office, Peter Carr, declined to comment.

Unvaccinated Pauline Hanson has COVID
‘Should have been a penalty’: Boy crash-tackled by PM gives his verdict
Amber Heard’s sister and friend give evidence
Russian Google to file for bankruptcy
Man arrested at NSW school for bestiality
Concern about COVID-19 deaths in aged care
Three people injured in Trump Tower fire
Today's Stories

Trump could be interviewed over Russia ‘within weeks’: Report