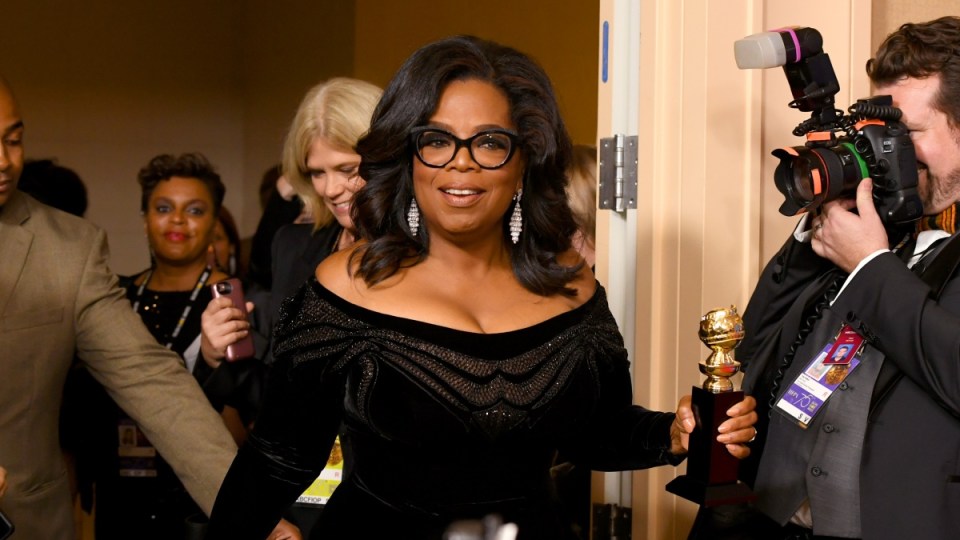 Not once did Oprah Winfrey mention the president, or the presidency, when she addressed the Golden Globes this week. She didn’t have to.

After that powerful nine-minute speech about her life, racial and gender politics and – above all – about power and who wields it in America, what many had considered a pipe dream became a genuine possibility.

But is Oprah the best person to beat Donald Trump? And if not, who is?

Here are some of the Democrats’ top contenders for 2020.

In 1986, The Oprah Winfrey Show introduced her to living rooms across the country. The show lasted 24 seasons – and America’s love for Oprah, 63, still lingers.

The case for: A beloved, self-made billionaire with a rags-to-riches personal story and unparalleled name recognition.

The case against: As with Mr Trump, she has no experience in government or politics.

For decades an outsider in Washington, Senator Sanders is now among the Democrats’ most popular politicians (though he’s still an independent).

The self-avowed socialist surprised most pundits by running a close second to Hillary Clinton in the 2016 Democratic primaries.

The case for: Appeals to young progressives as well as the working class voters in Rust Belt states who turned to Donald Trump in 2016.

Once dubbed “the female Obama”, Senator Harris shares a few biographical details: she is African-American, has a background in law, and has enjoyed a rapid rise to prominence.

A former state attorney-general, the Californian has become one of the most prominent faces of “The Resistance” to Donald Trump.

The case for: Senator Harris is an ally of President Obama – and should appeal to his election-winning coalition of voters.

The case against: She is a first-term senator.

Aside from Senator Sanders, the Massachusetts senator is considered the Democrats’ most popular progressive.

A frequent critic of Wall Street, the 68-year-old was a prominent law professor before she entered politics, and has been a vocal opponent of the Trump administration.

The case for: An economic populist who could harness the rage of the post-global financial crisis America captured by Mr Trump.

The case against: Republicans will portray her as part of an out-of-touch north-eastern intellectual elite.

Mourning the death of his son Beau, Mr Biden, 75, stayed out of the 2016 race. Had the vice-president chosen to run, he would have been a formidable opponent to Mrs Clinton, and perhaps, Mr Trump.

He is strongly associated with the policies of Mr Obama.

The case for: An authentic, folksy communicator and strong campaigner who appeals to working class voters and traditional Democrats.

The case against: In past campaigns, Mr Biden has been prone to gaffes. He would also be 78 years old on inauguration day.

The charismatic 47-year-old is considered one of the best public speakers in American politics and won Oprah’s endorsement for his Senate run.

Those attributes mean he is regularly tipped as a 2020 contender, though the Democrats’ left flank is sceptical of his cozy relationship with Wall Street.

The case for: A good orator with a message of unity and bi-partisanship.

The case against: Like Hillary Clinton, he would face accusations of being “bought” by big money.

Like Hillary Clinton, Senator Gillibrand, 51, hails from New York, is considered a moderate Democrat, and a particularly strong voice on women’s issues.

After she urged Mr Trump to resign, the President tweeted that in years gone by Senator Gillibrand “would do anything” for his campaign contributions. The comment was ugly, but markedly elevated Senator Gillibrand’s profile.

The case for: A strong female candidate who could galvanise a coalition of voters opposed to the Trump presidency.

The case against: May struggle with the same voters who rejected Hillary Clinton.

Once a registered Republican, the 45-year-old former WWE wrestler now identifies as an independent, meaning he could run as a Democrat – and against Mr Trump. He is considering a run.

The case for: The Baywatch star is an almost universally loved figure in an age of celebrity politics.

The case against: No political experience.

Oprah for president? And seven other Trump rivals for 2020