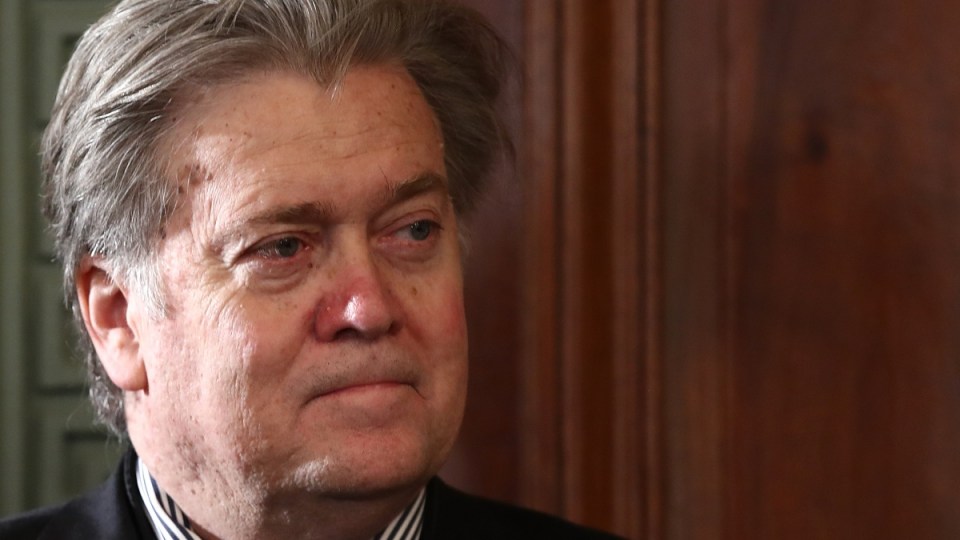 Former White House chief strategist Steve Bannon has backtracked on claims that Donald Trump’s son committed treason by meeting with Russians in 2016, while calling the President a ‘political genius’.

Mr Bannon, who was fired in August, was quoted last week quoted in a newly released book Fire and Fury: Inside the Trump White House as saying a June 2016 meeting with a group of Russians attended by Mr Trump Jr and his father’s top campaign officials was “treasonous” and “unpatriotic”.

“Donald Trump Jr is both a patriot and a good man,” Mr Bannon said in a statement Monday morning.

“He has been relentless in his advocacy for his father and the agenda that has helped turn our country around,” he added, saying his comments in the book were directed at Paul Manafort, Mr Trump’s former campaign manager.

Mr Trump angrily responded to the publication of the comments on Thursday, saying Mr Bannon had lost his mind, while the White House suggested the hard-right news site Breitbart News should part ways with him as its executive chairman.

“I regret that my delay in responding to the inaccurate reporting regarding Don Jr has diverted attention from the President’s historical accomplishments in the first year of his presidency,” Mr Bannon said Monday.

The fallout from the book’s publication, brought forward to Friday after Trump threatened legal action, continued on Sunday with a senior aide hitting out on CNN.

“The reality is that the President is a political genius,” Mr Miller said while accusing Mr Tapper of being “condescending” and “snide”.

“I have no idea why you’re attacking me,” Mr Tapper responded, saying Mr Miller was being “obsequious” and asking him to “calm down” before cutting the interview short.

“I think we have wasted enough of my viewers’ time,” Mr Tapper said, ending the interview.