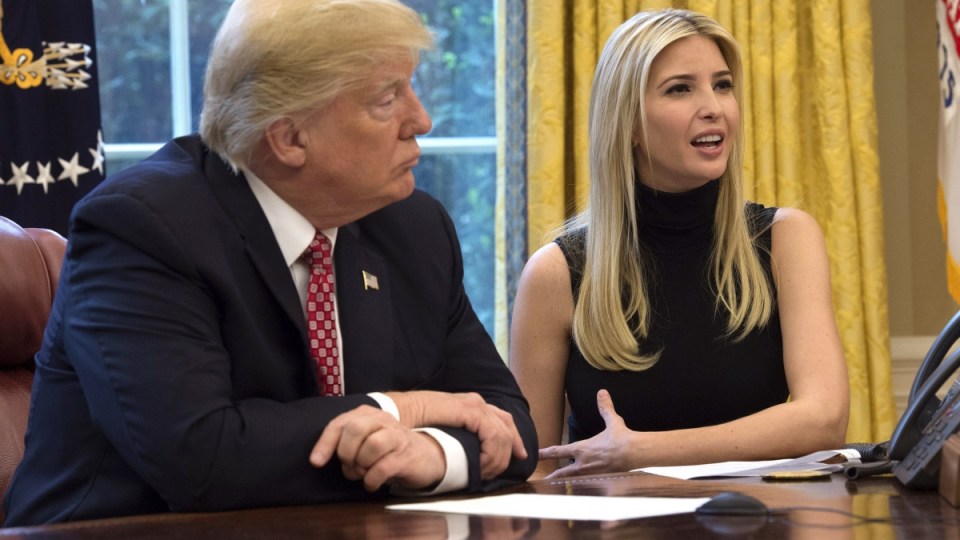 Author Michael Wolff’s observations in his new book, Fire and Fury: Inside the Trump White House, provide a frequently jaw-dropping look inside a White House where family stands for very little as warring factions wrestle for Donald Trump’s attention.

The tell-all book has already resulted in a furious backlash from Mr Trump, swift back-peddling from his former chief strategist Steve Bannon and an impassioned defence of its veracity by author. And it was only released on Friday.

According to Mr Wolff’s observations during his time in the White House, Mr Trump’s daughter Ivanka is one of the few people the President credits with any semblance of intelligence, if still no match for his own.

This grudging respect doesn’t extend to his adult sons Don Jr and Eric, who exist “in an enforced infantile relationship to their father, a role that embarrassed them, but one they also professionally embraced”, the book claims.

“Their father took some regular pleasure in pointing out that they were in the back of the room when God handed out the brains.”

Corey Lewandowski, Mr Trump’s original 2016 campaign manager until his sacking, likewise regards the men of the family as less than intelligent.

He views “both brothers and their brother-in law with rolling-on-the-floor contempt: not only were Don Jr. and Eric stupid, and Jared [Kushner] somehow both supercilious and obsequious, but nobody knew a whit about politics.”

Perceptions of nepotism rile many of the White House staffers, Mr Wolff claims, particularly in relation to Ivanka Trump.

“Ivanka, in the view of almost every White House staffer, profoundly misunderstood the nature of her job and had converted traditional First Lady noblesse oblige efforts into White House staff work.”

The family’s lack of political savvy comes up time and again, with this new breed of proud anti-politicians, supposedly draining the Washington swamp, painted as stumbling blindly towards disaster, particularly following the sacking of FBI director James Comey and the Russian special investigation.

Mr Bannon, who appears responsible for the lion’s share of the snarky commentary, becomes locked in a death match with Jared and Ivanka – dubbed Jarvanka. He predicts that “the Trump presidency would fail in some more or less apocalyptic fashion if Kushner and his wife remained Trump’s most influential advisers”.

Convincing Mr Trump to pull out of the Paris Climate Agreement, a course of action that repulses Ivanka, his retort is brutal. “‘Score,’ said Bannon. ‘the bitch is dead’.”

In a particularly brutal showdown, Mr Bannon even attacks Ivanka in front of her father.

One passage in the book outlines a particularly vicious exchange between the pair: “You, he said, pointing at her as the president watched, ‘are a f***ing liar’. Ivanka’s bitter complaints to her father, which in the past had diminished Bannon, where now met by a hands-off Trump: ‘I told you this is a tough town, baby’.”

Mr Trump seemingly loses patience even with his prized daughter. “In fact, the president had also stopped defending his own family, wondering when they would ‘take the hint and go home’.”

Mr Bannon felt only he knew the true path to right Mr Trump’s paralysed and pilloried administration, condescendingly referring to Jarvanka as “the geniuses”.

The book ends with Mr Bannon’s sudden departure from the White House.