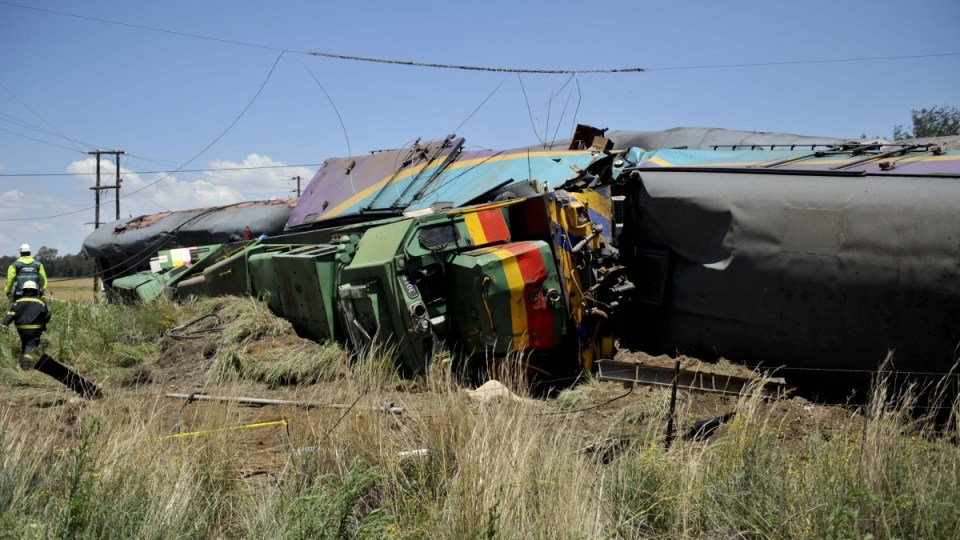 The truck, towing two trailers, was halfway across the tracks when it was hit. Photo: AAP

At least 18 people have been killed and another 260 injured after a train crashed into a truck, derailed and burst into flames in rural South Africa, authorities say.

Footage from television news showed fire engulfing one of the train’s carriages after the accident, which occurred as it travelled between Port Elizabeth and Johannesburg.

Transport Minister Joe Maswanganyi said the train, which was carrying 429 passengers, jumped the tracks after hitting the truck, which was attempting to negotiate a level crossing near Kroonstad.

He said preliminary investigations suggested 18 people had died in the crash and 268 were injured, including four critically.

“The truck driver was taking chances. He thought that he was going to pass through,” Mr Maswanganyi said.

“Little did he know that the train was going to hit him. That has cost a lot of lives.”

He said the driver had survived and police were investigating.

Local media report report the truck, towing two trailers, was halfway across the track when it was struck by the train and dragged for 400m.

Emergency services and rail officials were not immediately able to confirm the circumstances of the crash.

South Africa has the continent’s largest railway network, but it has been plagued by mismanagement and under-investment that has seen train use dwindle despite it being the cheapest from of public transportation.

In a recent report, the government’s Rail Safety Regulator (RSR) said that, in the 2016/17 financial year, 495 people lost their lives in the country’s railway environment and 2079 were injured.

The death toll was up five per cent increase from the previous year.