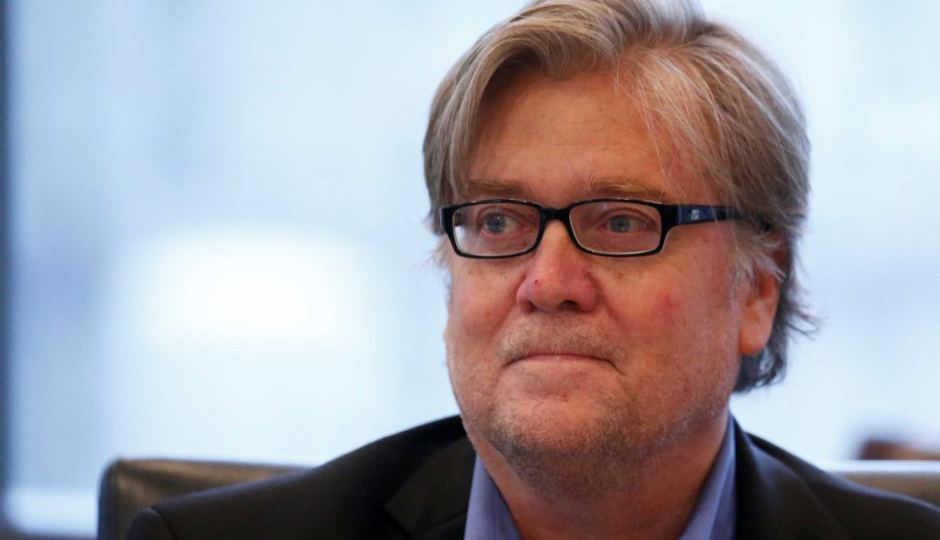 President Donald Trump has accused Steve Bannon of being insane in an extraordinary response to damaging remarks attributed to the former White House chief strategist in excerpts from a soon to-be-released book.

Excerpts published Thursday morning (AEST) from an upcoming expose, Fire and Fury: Inside the Trump White House, include quotes from Mr Bannon describing a Trump Tower meeting between Donald Trump Jr and a group of Russians in 2016 as “treasonous” and “unpatriotic”.

Mr Bannon also claimed Mr Trump would have been made aware of the Trump Tower meeting.

The President released a statement on Thursday saying that when Mr Bannon was fired, “he not only lost his job, he lost his mind”.

An adaptation of Fire and Fury: Inside the Trump White House by writer Michael Wolff, published Thursday in New York magazine, says Mr Trump believed his nomination would boost his brand and deliver “untold opportunities”.

The book also claims Mr Trump never expected to win the election and ate McDonalds because he was paranoid about being poisoned.

“Steve pretends to be at war with the media, which he calls the opposition party, yet he spent his time at the White House leaking false information to the media to make himself seem far more important than he was,” Mr Trump said in a statement released by the White House.

“Steve Bannon has nothing to do with me or my presidency,” he said.

In an excerpt of Fire and Fury, seen by Reuters, Mr Bannon expressed derision and astonishment over the meeting in Trump Tower in New York in which a Russian lawyer was said to be offering damaging information about Democratic presidential candidate Hillary Clinton.

It has become part of a federal investigation into potential collusion between the Trump campaign and Russia in the election. Trump has denied any such collusion.

“The three senior guys in the campaign thought it was a good idea to meet with a foreign government inside Trump Tower in the conference room on the 25th floor – with no lawyers. They didn’t have any lawyers,” Mr Bannon said in the book in excerpts seen by Reuters.

“Even if you thought that this was not treasonous, or unpatriotic, or bad s***, and I happen to think it’s all of that, you should have called the FBI immediately.”

When an intermediary proposed the meeting, saying the Russians were offering damaging information about Clinton, Trump Jr responded in an email, “I love it”.

Mr Bannon was incredulous about the meeting shortly after it was revealed, according to the book, concluding sarcastically, “That’s the brain trust they had.”

The book, due to be released on January 9, was based on more than 200 interviews with Mr Trump, senior White House staffers and confidantes conducted by Mr Wolff, a contributing editor for The Hollywood Reporter, according to publisher Henry Holt.

Mr Trump fired Mr Bannon in August, removing a far-right architect of his election victory and a driving force behind his nationalist and anti-globalisation agenda.

The New York magazine adaption of Fire and Fury includes claims Mr Trump had a longtime fear of being poisoned and liked to eat at McDonald’s because nobody knew he was coming and the food was safely pre-made.

It also says Jared Kushner and Ivanka Trump made a deal between themselves that: “If some time in the future the time came, she’d [Ivanka would ] be the one to run for president (or the first one of them to take the shot). The first woman president, Ivanka entertained, would not be Hillary Clinton, it would be Ivanka Trump.”

White House press secretary Sarah Huckabee Sanders said the book, was filled with “false and misleading accounts from individuals who have no access or influence with the White House”.

“Participating in a book that can only be described as trashy tabloid fiction exposes their sad desperate attempts at relevancy,” she told reporters Thursday.

It says that after the New York Post obtained outtakes of a nude photo shoot that Mrs Trump had done early in her modelling career, she confronted her husband.

“Trump responded in his fashion — We’ll sue! — and set her up with lawyers. But he was unaccustomedly contrite, too. Just a little longer, he told her. It would all be over in November. He offered his wife a solemn guarantee: There was simply no way he would win.”

Stephanie Grisham, the first lady’s spokeswoman, released a statement saying: “Mrs Trump supported her husband’s decision to run for president and, in fact, encouraged him to do so. She was confident he would win and was very happy when he did.”