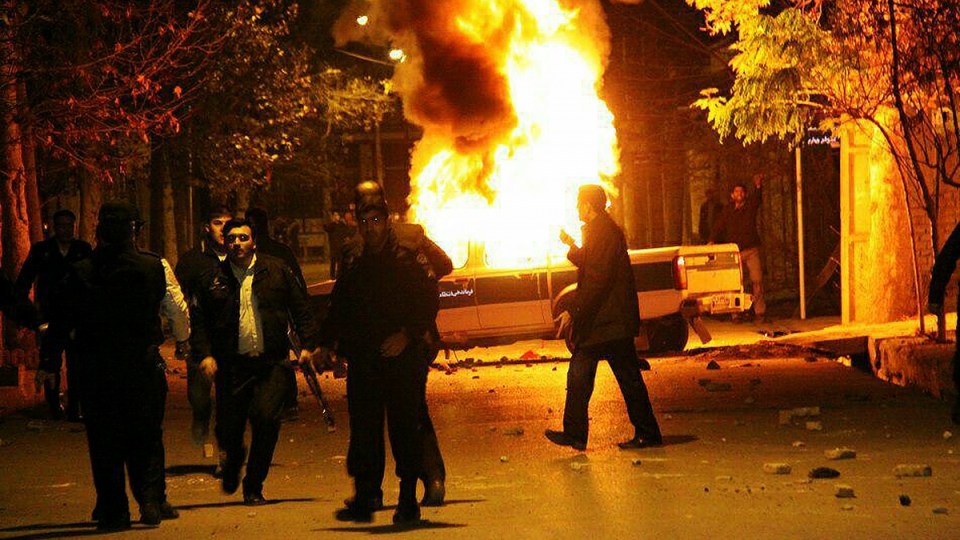 At least 21 people have been killed and 450 arrested in the violent protests. Photo: PA

Tens of thousands of people have gathered for pro-government rallies across Iran, state media says, following six days of rare unrest that caught the country’s leaders off guard.

The rallies follow nearly a week of widespread protests, sparked by rising prices and unemployment, in which at least 22 people have died.

The protests, the largest seen in Iran since its disputed 2009 presidential election, began on December 28 in the city of Mashhad, Iran’s second-largest, over the weak economy and a jump in food prices.

They have since expanded to cities and towns in nearly every province. Hundreds have been arrested, and a prominent judge has warned some could face the death penalty.

“The seditionist rioters should be executed,” marchers chanted on Wednesday, while posters they carried said hostile “hidden hands” guided from the United States, Israel and the United Kingdom should be cut off.

The English-language network Press TV broadcast the pro-government rallies live, saying they were to “protest the violence that has taken place over the last few nights in cities”.

Why Iranians are protesting

The rising price of eggs was the last straw for angry Iranians and has sparked the biggest protests in the country for nearly a decade. But the unrest is unlikely to lead to major changes.

According to state TV, the demonstrations took place in at least 10 cities, including Ahvaz, the capital of the oil-rich province of Khuzestan, the Kurdish town of Kermanshah in the country’s west and Qom, the religions capital of Shiite Islam in Iran.

The rallies come after Iran’s Supreme Leader Ayatollah Ali Khamenei blamed days of protests across the country on meddling by “enemies of Iran”.

Mr Khamenei avoided identifying any foreign countries, although he promised to elaborate in the coming days.

Undoubtedly high on his list is the United States, where President Donald Trump has tweeted his support for the protests for several days.

The people of Iran are finally acting against the brutal and corrupt Iranian regime. All of the money that President Obama so foolishly gave them went into terrorism and into their “pockets.” The people have little food, big inflation and no human rights. The U.S. is watching!

US Undersecretary of State Steve Goldstein said Instagram, Telegram and other platforms were “legitimate avenues for communication”.

“Obviously one of their charges can be Moharebeh,” or waging war against God, Iran’s semi-official Tasnim news agency quoted Mousa Ghazanfarabadi as saying. Moharebeh is punishable by death in Iran.

Iran protestors take to the streets for a sixth day, 22 dead