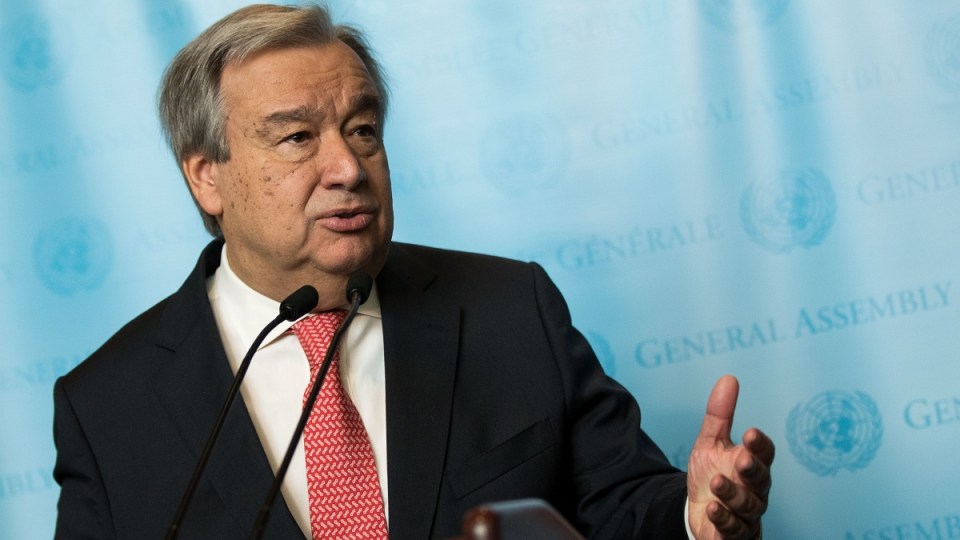 UN Secretary-General Antonio Guterres has issued a “red alert” for the world and called for unity among the global community to tackle overwhelming challenges in 2018.

Mr Guterres said he took office a year ago urging 2017 to be a year of peace, but said his hopes had not materialised, while on many key issues the world had “gone in reverse”.

“We can settle conflicts, overcome hatred and defend shared values. But we can only do that together.”

Perils, including deepening conflicts and new dangers had emerged, with global concerns over nuclear weapons reaching their highest level since the Cold War, Mr Guterres said.

At the same time, impacts of climate change worsened at an alarming rate, inequalities grew and there were horrific violations of human rights, he said.

“Inequalities are growing and we see horrific violations of human rights,” he said.

“Nationalism and xenophobia are on the rise and as we begin 2018, I call for unity.”

Underscoring his belief that the world can be made more safe and secure, conflicts can be settled, hatred can be overcome and shared values defended, the UN chief emphasised that unity is indispensable to achieving these goals.

“Unity is the path. Our future depends on it,” he said.

He urged leaders everywhere to resolve to “narrow the gaps. Bridge the divides. Rebuild trust by bringing people together around common goals”.

He was easily elected to a five-year term as UN Secretary-General in October 2016 against a crowded field of candidates, including former New Zealand prime minister Helen Clark. He succeeded South Korean Ban Ki-moon.

During his first year in office as UN secretary-general – which effectively makes him the world’s foremost diplomat – Mr Guterres has contended with humanitarian crises in Myanmar, Yemen, Syria, South Sudan, the Democratic Republic of Congo, Afghanistan, Iraq and many others.

Kevin Rudd flirted with the idea of running against Mr Guterres, but he pulled out after the Australian government refused to endorse his bid.