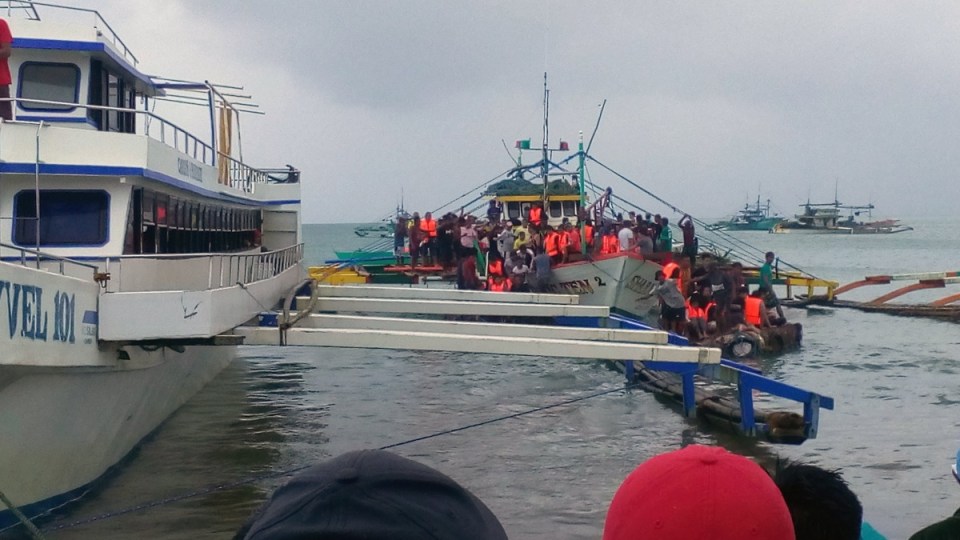 Four people are reportedly dead and 240 have been rescued after a Philippines' passenger ferry capsized in bad weather. Photo: AAP

An Australian man and his Filipino wife are among 252 passengers rescued after an inter-island ferry battered by fierce winds and big waves sank off the northeastern Philippines, leaving at least five people dead.

The Philippine Coast Guard confirmed the five deaths and the rescue of 252 passengers including the Australian and his wife.

A survivor, Donel Jade Mendiola, told DZMM radio that the weather was fine when the ferry left port in Quezon’s Real town but strong winds and large waves started to lash it about two hours into the trip.

“The vessel came to a halt and started taking in water in the front side. The passengers dashed to one side and the ferry started to sink,” Mr Mendiola said.

He said the passengers were instructed to don life vests.

Coast guard boats, navy vessels and fishing boats rescued more than 250 people, including many who were floating in the rough sea, Mr Balilo said.

Rescue efforts will continue despite rough waves and nightfall, he said, adding that a coast guard helicopter tried to fly to the area but was hampered by the strong wind.

Typhoons and storms, poorly maintained ferries and ships, and law enforcement issues have often been blamed for past sea disasters in the Philippine archipelago, which is composed of more than 7000 islands.