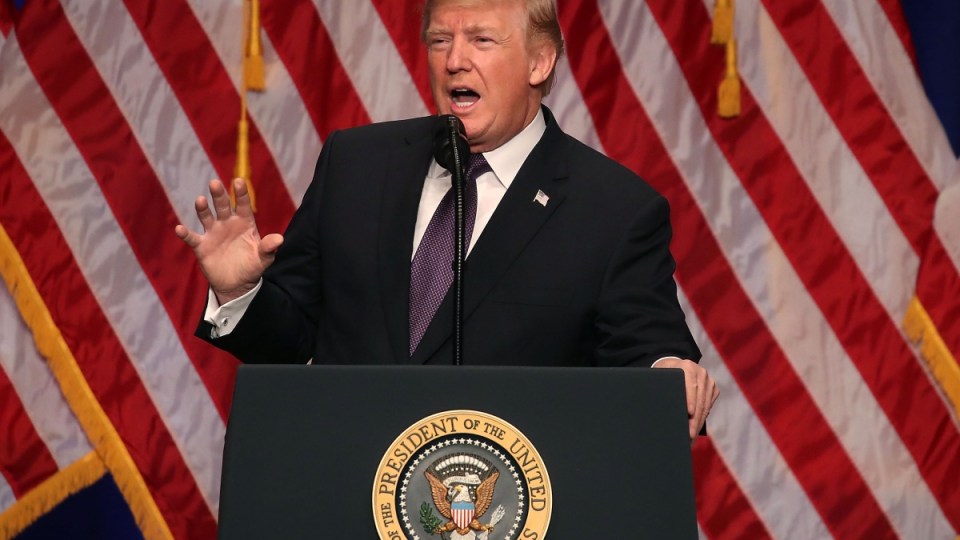 The biggest overhaul of the US tax system in more than 30 years could be signed into law if both chambers of Congress approve it. Photo: Getty

The Republican-controlled US House of Representatives has approved sweeping, debt-financed tax legislation, sending the bill to the Senate, where politicians are due to take up the package later.

The biggest overhaul of the US tax system in more than 30 years could be signed into law by President Donald Trump as soon as Wednesday, if both chambers of Congress approve it.

With Treasury Secretary Steven Mnuchin watching from the gallery, the House passed the bill by a vote of 227-203, overcoming united opposition from Democrats and 12 Republicans who voted against it.

Passage was all but certain in the Republican-controlled Senate, as well.

The plan includes steep tax cuts for corporations and wealthy taxpayers, as well as temporary tax cuts for some individuals and families.

It repeals a section of the Obamacare health system and allows oil drilling in Alaska’s Arctic National Wildlife Refuge, just two of many narrow changes added to the bill to secure sufficient to win its passage.

The bill would slash the corporate income tax rate from 35 per cent to 21 per cent.

“Our local job creators will see the lowest rates in modern history so they can invest more in their workers and in their future.”

Republicans insist the package will boost the economy and job growth. They also see the measure as key to retaining their majorities in the House and Senate in elections next November.

Democrats say the bill will widen the income gap between rich and poor Americans, while adding to the mounting $US20 trillion ($28 trillion) national debt.

Some 52 per cent of adults oppose the tax plan, while 27 per cent support it, according to Reuters/Ipsos polling.

US House of Representatives approves biggest tax overhaul in 30 years