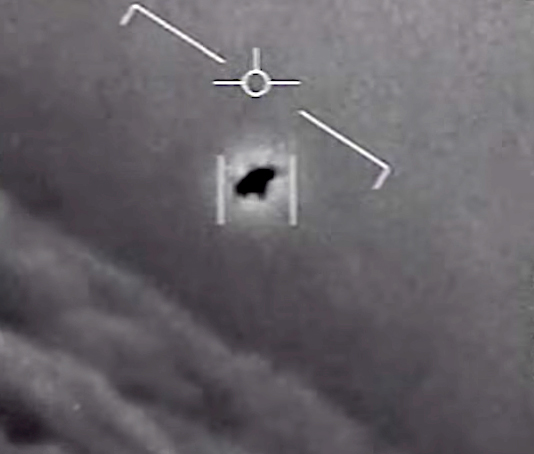 Video footage obtained by a top secret US government investigation into unidentified flying objects (UFOs) has been released on the internet, stoking interest in the possible existence of alien life.

It was forced to make the admission after Mr Elizondo’s new employer, To The Stars Academy, released videos his unit obtained. The footage, published below, shows encounters between US fighter jets and mysterious flying objects in 2004.

“I will tell you unequivocally that through the observations, scientific methodologies that were applied to look at this phenomena, that these aircraft – we’ll call them aircraft – are displaying characteristics that are not currently within the US inventory, nor within any foreign inventory that we are aware of,” Mr Elizondo told CNN.

“I can’t speak on behalf of the US government, obviously. I’m not in the US government anymore. My personal belief is that there is very compelling evidence that we may not be alone – whatever that means.”

Mr Elizondo reportedly resigned from the Pentagon program in October to protest excessive secrecy and internal opposition, but not before he secured official approval for the release of the videos, which he saw as the best proof of potential alien life.

One of the videos shows two fighter jets chasing an unidentified object off the coast of San Diego during a routine training mission. The jets struggle to lock their radar onto the fast-moving object.

“Look at that thing!” one pilot says. “It’s rotating,” says another.

The pilots first think the object is a drone, but appear to change their minds as they realise it is flying fast against fast winds. At one point, it rotates mid-flight without appearing to lose speed.

Mr Elizondo’s new employer, To The Stars Academy, was founded by former Blink 182 guitarist Tom DeLonge, who is renowned for his interest in aliens.

Many branches of the US government have investigated UFOs. Between 1947 and 1969, the US Air Force investigated more than 12,000 supposed sightings. It concluded most were stars, clouds, aeroplanes and other natural phenomena – but 701 were unexplained.

The New Daily contacted To The Stars Academy for comment. No response was received.