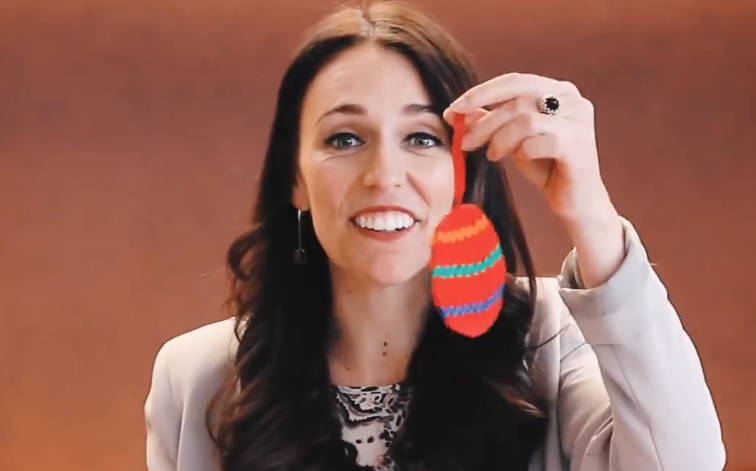 New Zealand has taken Secret Santa to the next level with thousands of people taking part in a nationwide Christmas gift exchange.

Prime Minister Jacinda Ardern was among the 3623 other Kiwis registered for the Secret Santa campaign, which was run by the New Zealand Post.

Ms Ardern received a handmade Christmas tree decoration from her Secret Santa, opening her gift in a video posted to social media.

“Thank you so much to my Secret Santa. This is really special.”

Participants were encouraged to Twitter-sleuth their giftees to see what they liked before sending their presents to a central “Santa Storehouse” for distribution.

Some participants seemed to have gone well beyond the $10 suggested gift limit, with one woman posting with the hashtag #NZSecretSanta that she had received an iPad, apparently from telecommunications company Chorus.

But many participants did not plan on waiting for Christmas to open their packages, and took to Twitter to post photos and thank their anonymous gift giver.

The Wee man was absolutely delighted with his gift! Thank you #nzsecretsanta Merry Christmas from Conor 👦🏼#yesyoucanhaveoneafterbreakfast pic.twitter.com/wH2mBon1mc

#nzsecretsanta Thanks Secret Santa! My wife loves the new addition, and we don't even have that one yet! Cute fish ice cubes and the scarf will be great for the winter sports

Can't wait for the next one! pic.twitter.com/fadU8a9U6i

HAHA thank you so much already!!!! I see you have a superb understanding of my own grasp of French 😉 #NZSecretSanta pic.twitter.com/TMDwKiwRPp

OMG MY SECRET SANTA. WHOEVER YOU ARE, YOU ARE FABULOUS! I almost cried. You've made my stressful week so much better. These treats shall keep me going with our move haha. Thank you, kind person.<3 #nzsecretsanta @nzsecretsanta pic.twitter.com/88uMgnuKdc

A huge thank you to my #NZSecretSanta! It totally made my day! The gift is perfect! pic.twitter.com/94YRlBdQJn

#nzsecretsanta you are awesome!! A notebook with my cat, photo block made with a photo of theirs and BSB lyrics, so perfect! Thank you!! pic.twitter.com/LcY5lhORTq

I love it all!! Thank you so much to my #nzsecretsanta all of this is perfect for me 🙂 Plus Spiderman happens to be my favourite so thanks again 🙂 pic.twitter.com/MoHLeDlQ7Q

NZ gets into Christmas spirit with nationwide Secret Santa