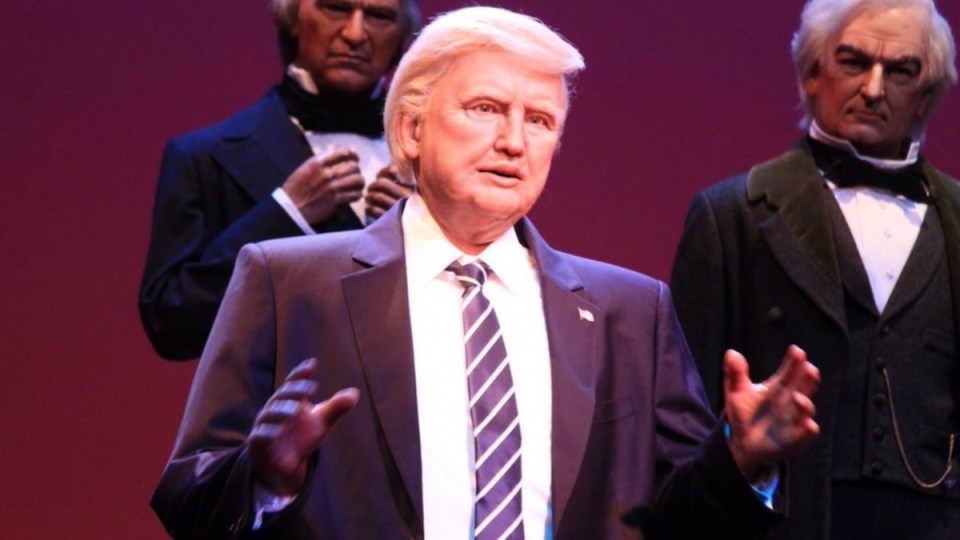 An animatronic version of Donald Trump unveiled by Disney has attracted widespread ridicule, with people declaring the robot does not look anything like the US President.

The life-size Trump robot was debuted at Disney World’s newly revamped Hall of Presidents in Florida on Tuesday, dressed in an unbuttoned suit and an extra long white and blue tie next to a seated Abraham Lincoln.

The figure moves his head during the traditional roll call of leaders and waves around his arms in Trump-like fashion.

However, the robot’s likeness to the 45th president has been widely mocked on social media for its striking resemblance to American actor Jon Voight.

Disney gave the job of Trump in the Hall of Presidents to Jon Voight and I can’t stop laughing. pic.twitter.com/dtu4PnqPv4

It’s weird how the Trump robot at the Hall of Presidents is Trump from an HBO movie five years from now where he’s played by Jon Voight pic.twitter.com/7GtizFfELR

“We didn’t have room in the budget for a new robot so we just threw some different hair on the Jon Voight one.” pic.twitter.com/MKsgh9poJm

So did Disney just have an extra copy of Jon Voight’s face lying around or… pic.twitter.com/AxlCOinLn6

The exhibition, which features robotic figures of several past presidents, including Barack Obama and Bill Clinton, gives the current president a brief speech – one President Trump exclusively recorded for Disney.

“Above all, to be an American is to be an optimist, to believe that we can always do better and that the best days of our great nation are still ahead of us,” the Trump robot says.

“It’s a privilege to serve as the president of the United States, to stand here among so many great leaders of our past, and to work on behalf of the American people.”

The show was originally set to open in late June, but was delayed until the end of the year as Mr Trump had not yet completed his voice recording.

It followed months of speculation that Disney would not let the animatronic figure speak after a change.org petition attracted more than 15,000 signatures to give the Trumpbot a silent role, claiming that Mr Trump “ran a Presidential campaign on hateful speech, misogyny, racism and xenophobia”.

Disney later confirmed it would not break with precedent, saying: “Despite some media reports to the contrary, President Trump will have a speaking role.”

According to Disney, Mr Trump’s robot look-a-like “features the latest advances in technology that enable smoother and more lifelike movements.”

To make the robot as lifelike as possible, Disney asked the White House to provide the president’s exact measurements.