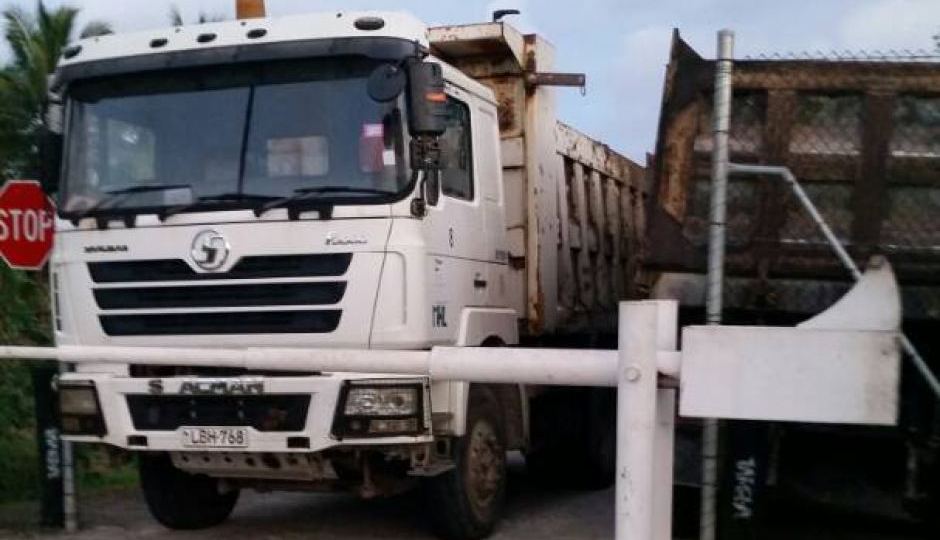 Angry local landowners have blockaded the refugee accommodation as a protest. Photo: Supplied/ABC

Protesters have blocked the gates of refugee accommodation on Manus Island and are stopping staff from entering and refugees from leaving.

It’s the second such protest in a month.

The first targeted case workers and related to a dispute over the awarding of an Australian government contract, but refugees said this time they have been told they are at risk if they go outside.

Sudanese refugee Aziz Adam said angry local landowners were holding signs saying “No ABF (Australian Border Force)” and “No ICSA (PNG Immigration and Citizenship Service Authority)” and not letting anyone use the access road to the main refugee accommodation.

“They blocked the road and they say no refugees are allowed to step out of the centre,” he said.

“The police are sending a message to us to not go outside because it’s not safe and they’re trying to stop everyone from leaving the centre.”

That means medical staff can’t come inside and a scheduled food delivery is also being blocked.

The protest follows the assault of two refugees in the main town area of Lorengau on Monday.

Refugees say a Bangladeshi man was punched repeatedly in the face when he walked between the market and the hospital, and a Somali refugee was attacked in a similar way later in the day.

Another refugee has been attacked in Lorengau this evening. Someone hit the refugee in the face and others knocked him down. Police are aware of the incident. It’s the second incident today, with a Bangladeshi man beaten in Lorengau market this morning.#Manus

“We cannot live in a situation that every day we have some problem like this and we cannot predict what will happen.”

“The refugees prefer to stay in their rooms because something is happening in this island and we don’t know the details and we are worried.”

A little over a week ago, asylum seekers on Manus Island said local people were threatening to kill them after they moved into new accommodation in the island’s town.

The men provided video evidence of local men – who appear to be drunk – coming to their accommodation and threatening them.