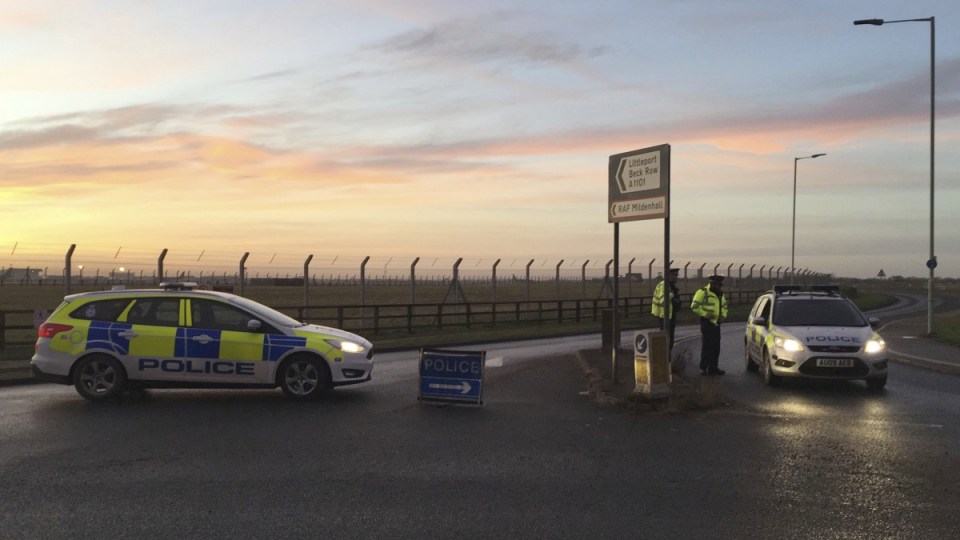 RAF Mildenhall was placed on lockdown after a security scare. Photo: AAP

A man has been arrested after reportedly trying to ram his car through a checkpoint into a US air force base in central England.

Shots were fired by American service personnel and a suspect arrested after the disturbance at RAF Mildenhall, located 80 miles north of London.

The base was initially locked down as emergency personnel responded to the situation, but this was later lifted after police took control of the incident.

The man was said to have suffered cuts and bruises during the incident.

Britain’s Ministry of Defence said it was aware of an incident and that police were taking a lead in the case.

A Pentagon spokesman in Washington said: “The security incident has been contained and a suspect has been apprehended.”

The 1162-acre base, which houses about 3100 military and an additional 3000 family members, is set for closure after the US said it was going to move is operations from the base to Germany.

The base, which is used as a transport hub by the US NATO aircrafts in Europe, has previously been identified as a potential target for terrorists.

It is home to a fleet of refuelling aircrafts and special operations forces.

In May 2016, Junead Khan was given a life sentence for planning a strike against American military personnel in Britain.

Man arrested after US airbase lockdown