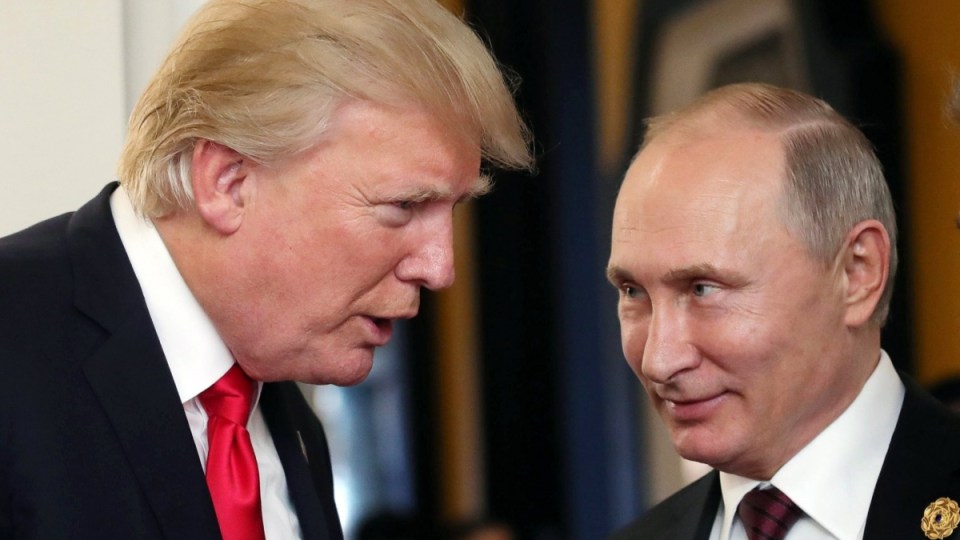 Trump's response to Putin's use of aggression to broaden its territory is key to possibly preventing militarised attacks on Ukraine. Photo: AAP

Russian President Vladimir Putin has personally called his US counterpart Donald Trump to thank him for information that foiled a major terror plot.

Mr Putin reportedly called Mr Trump on Monday morning (AEST) and promised that Russia would alert US authorities if it received any information about any attack being planned on the United States, Interfax quoted the Kremlin as saying,

Russia’s FSB security service said in a statement on Friday local time that it had detained seven members of a cell of IS supporters and seized a significant amount of explosives, weapons and extremist literature.

The cell was planning to carry out a suicide attack at a religious institution and kill citizens on Saturday, the FSB statement said (in Russian).

The group was preparing explosions targeting the cathedral and other public places in Russia’s second city, the Kremlin statement said.

An explosion on St Petersburg’s metro system in April, which killed at least 13 people, is thought to be linked to jihadists.

Mr Putin’s call marked the second time the two leaders have spoken in a week.

On Thursday they discussed North Korea and Mr Trump thanked Mr Putin “for acknowledging America’s strong economic performance” in his annual press conference, according to the White House.

Relations between Washington and Moscow are fraught because of disagreements over Ukraine, Syria and arms control as well as allegations from Washington – denied by Russia – that the Kremlin meddled in last year’s US presidential election.

However, Russian officials say Mr Putin believes Mr Trump is not to blame for the tension and has tried to keep personal lines of communication open between the two men.