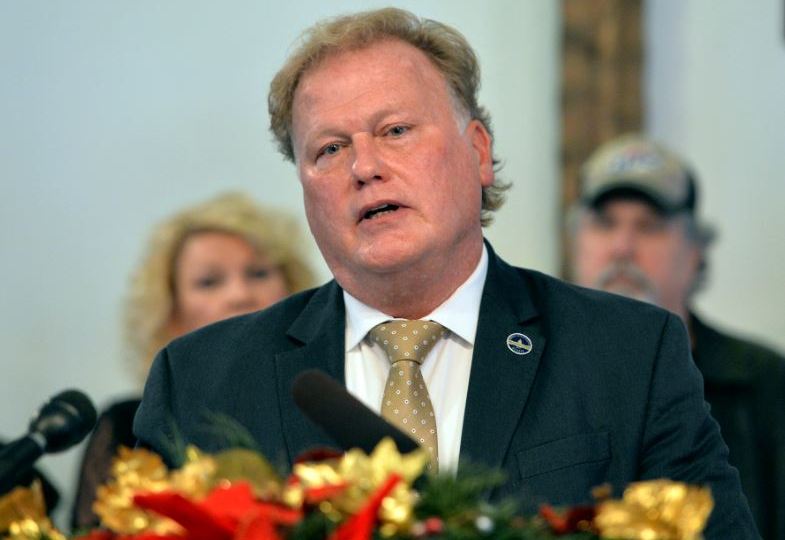 A US Republican state politician in Kentucky who defiantly denied allegations he sexually assaulted a teenage girl in the basement of his home, has died in an apparent suicide.

Billings said Johnson stopped his car at the end of a bridge in a secluded area, then got out and walked to the front of the car.

Only the day before Johnson held a defiant news conference, steadfastly denying the allegations from the pulpit of his church.

Supported by friends and family members, he branded the accusations as “totally false” and said they were part of a nationwide strategy of defeating conservative Republicans.

He referenced defeated Republican Alabama US Senate candidate Roy Moore, who faces accusations of sexual misconduct from multiple women, saying conservative politicians were the targets of an organised smear campaign by Democratic opponents.

On Wednesday, Johnson posted an ominous message on his Facebook page that asked people to care for his wife.

He wrote that PTSD “is a sickness that will take my life, I cannot handle it any longer. It has won this life, BUT HEAVEN IS MY HOME.”

The assault accusations against Johnson were revealed as a sexual harassment scandal involving four other Republican lawmakers was unfolding at the state Capitol.

Republican Gov. Matt Bevin posted on his Twitter account that “my heart breaks for his family tonight”.

“These are heavy days in Frankfort and in America,” Bevin posted. “May God indeed shed His grace on us all. We sure need it.”