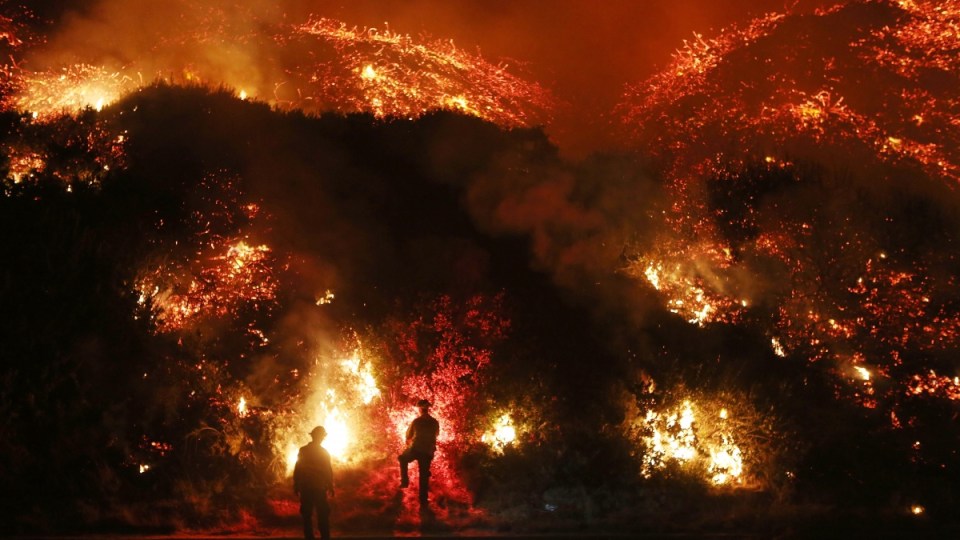 The so-called 'Thomas fire' claimed the life of a 32-year-old firefighter. Photo: Getty

Firefighters in California will be tested by vicious winds as they battle a huge wildfire that has claimed the life of one of their colleagues and torched more than 700 homes.

Cory Iverson, 32, a California Department of Forestry and Fire Protection engineer, was killed while tackling the so-called Thomas Fire in Ventura and Santa Barbara counties.

“Cory Iverson made the ultimate sacrifice to save the lives of others,” said Ventura County Sheriff Geoff Dean during a community meeting.

Fire officials released little information about the circumstances surrounding Iverson’s death. The Los Angeles Daily News reported that he perished in an accident near the community of Fillmore, where a mayday alert was sounded.

Santa Ana winds and humidity in the single digits has helped stoke the blaze that has swept through dry vegetation since it erupted on December 4 near a small private college in Ojai.

It has since blackened more than 1000sq km and is now the fourth-largest wildfire on record in California since 1932.

On Friday morning powerful winds are forecast which will subside during the day, the National Weather Service said.

The wildfire remained a threat to some 18,000 homes and other structures in the communities of Santa Barbara, Carpinteria, Summerland and Montecito along California’s coastline, especially if hot, dry Santa Ana winds return.

The Thomas Fire, which was 35 per cent contained as of Thursday, has burned 729 homes to the ground and damaged another 175. The blaze has displaced more than 94,000 people.

The fire and others to the south in San Diego and Los Angeles counties have disrupted life for millions of people over the last 11 days.

They have caused schools to close for days, shut roads and driven hundreds of thousands from their homes and into shelters.

The fires are also responsible for poor air quality throughout Southern California, forcing some commuters to wear protective face masks.