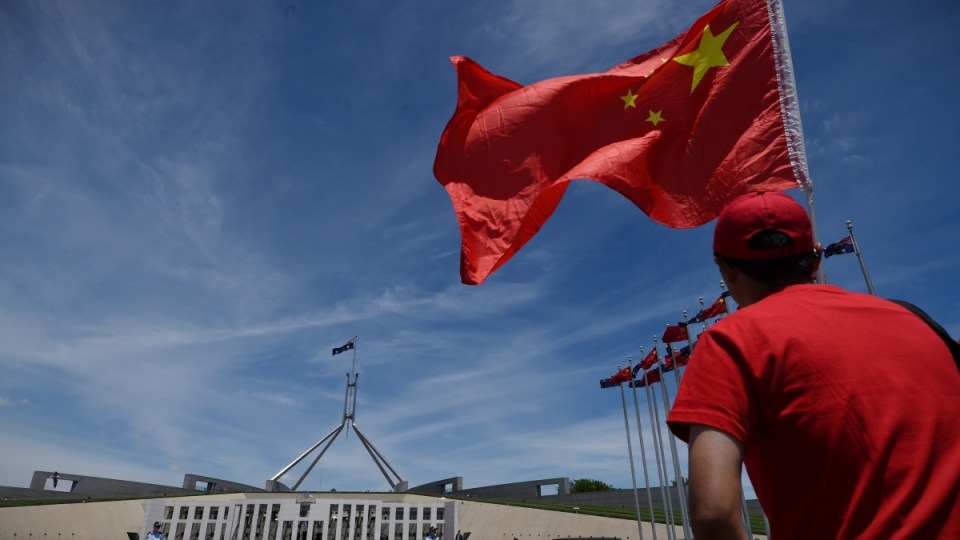 Australia's ambassador to China has reportedly been summoned by Chinese officials as a diplomatic row intensifies over new foreign interference laws. Photo: AAP

The move indicates a further sign of an emerging diplomatic row between Australia and China.

It follows the announcement of proposed laws to bolster Australia’s espionage laws and the resignation of Labor Senator Sam Dastyari over his relationship with a Chinese political donor.

Chinese newspaper Global Times on Thursday accused Australia of McCarthyism and warned that Chinese people with ties to Australia “would be treated like informants to Western spy agencies and be ­accused of treason, like Australian politician Sam Dastyari”.

It comes after a strident statement from China’s foreign ministry last week, which accused Prime Minister Malcolm Turnbull of “poisoning” the relationship between the two nations when he announced laws to ban foreign donations and create a register of lobbyists working for foreign countries.

“We express strong dissatisfaction at this, and have already lodged solemn representations with the Australian side,” Chinese Foreign Ministry spokesman Geng Shuang said.