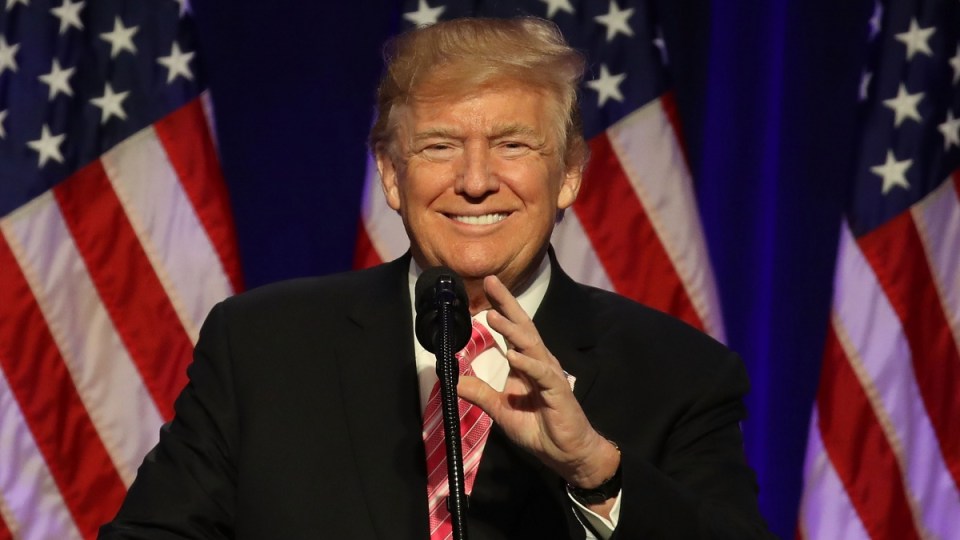 US President Donald Trump has called a New York Times report that he watches at least four hours of TV each day "Another false story." Photo: Getty

US President Donald Trump is disputing a report that he watches hours of television each day, calling it, “Another false story”.

The President is hit out at a report in The New York Times chronicling his first year in office which claims that Mr Trump watches at least four hours of television a day, and sometimes up to eight hours a day.

Mr Trump wrote on Twitter that he “seldom, if ever,” watches CNN or MSNBC, “both of which I consider Fake News”.

Another false story, this time in the Failing @nytimes, that I watch 4-8 hours of television a day – Wrong! Also, I seldom, if ever, watch CNN or MSNBC, both of which I consider Fake News. I never watch Don Lemon, who I once called the “dumbest man on television!” Bad Reporting.

The NYT said its story was based on interviews with 60 advisers, associates, friends and members of congress.

The report stated that before he took office, Mr Trump told his top aides to think of each presidential day as an episode in a television show in which he vanquishes rivals.

People close to him estimate that Mr Trump spends at least four hours a day, and sometimes as much as twice that, in front of a television, sometimes with the volume muted, marinating in the no-holds-barred wars of cable news and eager to fire back.

Mr Trump has repeatedly lodged complaints about mainstream news outlets that he argues have covered his presidency unfairly and inaccurately.

“He believes passionately that the liberal left and the media are out to destroy him. The way he got here is fighting back and counterpunching,” Senator Lindsey Graham, a Republican from South Carolina who has spent more time with the President than most lawmakers, said.

The NYT also reported while watching TV, Mr Trump would share his thoughts with anyone in the room, even the household staff he summons via a button for lunch or for one of the dozen Diet Cokes he consumes each day.