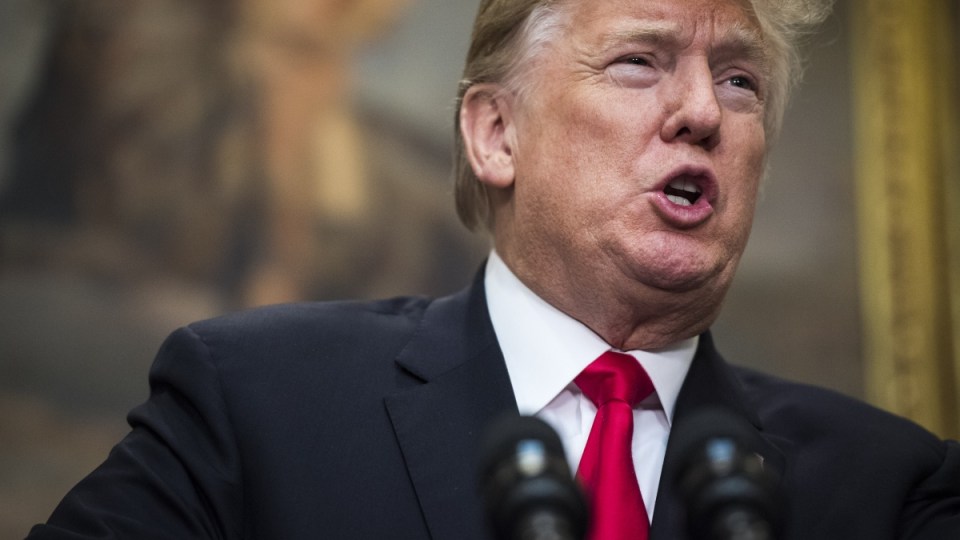 The women who accused Donald Trump of sexual misconduct during his 2016 presidential campaign have renewed their claims. Photo: Getty

Three women accusing Donald Trump of sexual misconduct have called for a Congressional investigation into the allegations against the US President.

The women, united for the first time since the 2016 presidential campaign, repeated their accounts of being groped, fondled and forcibly kissed by the businessman-turned-politician at a press conference on Monday (US time).

“This was serial misconduct and perversion on the part of Mr Trump,” said Rachel Crooks, a former receptionist who accused Mr Trump of kissing her on the mouth without her consent in 2005.

“Unfortunately, this behaviour isn’t rare in our society, and people of all backgrounds can be victims. The only reason I am here today is that this offender is now the President of our country,” said Ms Crooks.

The firsthand accounts come after stirring details of the accusations were shared on US television.

The women, who appear in a new documentary about the President’s accusers – 16 Women and Donald Trump – called for Congress to conduct an ethics investigation into their allegations.

“I would like to see some reckoning, that he is not made of Teflon, that he acknowledges in some fashion and is called on to answer for the charges,” Jessica Leeds said on NBC’s Today on Monday.

“For us to put ourselves out there to try to show America who this man is and especially how he views women and for them to say ‘Eh, we don’t care,’ it hurt. Trump accuser Samantha Holvey on @MegynTODAY pic.twitter.com/BIWZCYlQzA

During the presidential campaign, Ms Leeds told The New York Times that in the early 1980s she was on a New York-bound flight and was seated in first class next to Mr Trump.

“All of the sudden he was all over me, kissing and groping,” she said.

Then, she said, he put his hand up her skirt, and “I managed to wiggle out. I grabbed my purse and went to the back of the airplane.”

A couple of years later, when she saw Trump at a Humane Society charity event and identified herself, he remembered her. He called her a c––t, Ms Leeds said.

“I wanted people to know what kind of person Trump really is — what a pervert he is,” she said.

The renewed focus on the President’s accusers comes after US Ambassador to the United Nations Nikki Haley said women who accused Mr Trump of inappropriate sexual behaviour “should be heard”.

Samantha Holvey recalled her encounter with Mr Trump at the Miss USA Pageant in 2006.

According to Ms Holvey, Mr Trump – who owned the pageant at the time – would line up all of the contestants to look them over in what she described as a demeaning way.

Ms Holvey, who was Miss North Carolina USA, said that she felt like “I was just a piece of meat”.

She said Mr Trump also went backstage as the women competing were in the hair and makeup room, something that made them uncomfortable.

“He comes in like he owns the place and owns you.”

WATCH: "If there are other women out there, what do you want them to know?" – Megyn asks Trump accusers Jessica Leeds, Samantha Holvey & Rachel Cooks on #MegynTODAY pic.twitter.com/YPt1CxieUA

Ms Crooks, who also came forward during the presidential campaign, recounted her story of working as a receptionist for a company that had offices in Trump Tower.

She said that in 2005, having often spotted Mr Trump using a nearby elevator bank, she decided to introduce herself.

He gave her a double cheek kiss, but then kept kissing her.

“He kissed me on the lips and I was shocked,” she said.

Ms Crooks recalled Mr Trump later came into the office and asked for her phone number, where the president-to-be told her he would pass it along to his modelling agency. They never called her.

The White House has repeated dismissed the women’s claims and did so again on Monday.

“These false claims, totally disputed in most cases by eyewitness accounts, were addressed at length during last year’s campaign, and the American people voiced their judgement by delivering a decisive victory,” a White House spokesperson said.

“The timing and absurdity of these false claims speaks volumes and the publicity tour that has begun only further confirms the political motives behind them.”