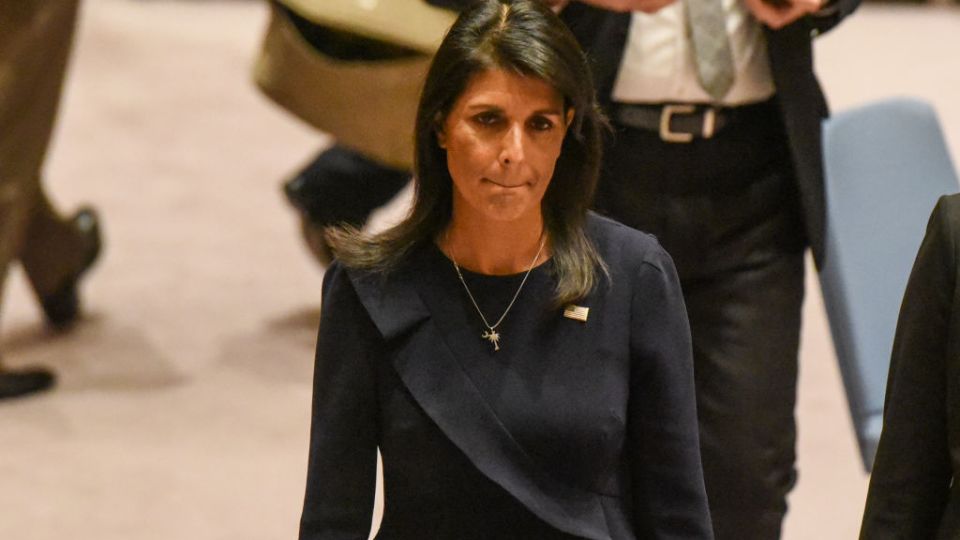 Ambassador to the UN, Nikki Haley, has been one of Mr Trump's staunchest supporters/ Photo: AP

US ambassador to the United Nations Nikki Haley, one of the staunchest supporters of President Donald Trump’s foreign policy, says the women who accuse him of sexual misconduct “should be heard”.

Speaking on CBS television’s Face the Nation on Monday morning (AEST), Ms Haley contradicted the White House position on the more than a dozen woman who accuse the President of inappropriate behaviour.

Summer Zervos, a former contestant on The Apprentice, is suing Mr Trump in New York, claiming he groped and kissed her in a hotel room in 2007 during a meeting to discuss a job opportunity.

Ms Zervos said Mr Trump defamed her when he dismissed her account and called her and the other accusers liars. A judge is still considering whether to allow that case to proceed.

White House spokeswoman Sarah Huckabee Sanders has previously said the women are lying and that the American people settled the issue by electing Mr Trump despite the accusations.

When asked on CBS whether she considered the allegations a “settled issue” given last year’s election results, Ms Haley said: “You know, that’s for the people to decide.”

“I know that he was elected, but you know women should always feel comfortable coming forward. And we should all be willing to listen to them,” she said.

Ms Haley praised the women who have come forward with their recounts of abuse at the hands of powerful men in the past weeks, adding that Mr Trump should not be immune from his accusers.

“And I think we heard from them prior to the election. And I think any woman who has felt violated or felt mistreated in any way, they have every right to speak up.”

Mr Trump’s 2016 presidential campaign was rocked by a leaked 2005 video in which the property mogul spoke to then-Access Hollywood host Billy Bush about sexually assaulting women and getting away with it because he was famous.

Mr Trump at the time said the video was just talk and he had never behaved in that way, but in recent weeks has gone further and claimed the recording was fake.

Several women have gone public with allegations of sexual misconduct against the Mr Trump dating back three decades, and last week Bush told the New York Times the recording was genuine.