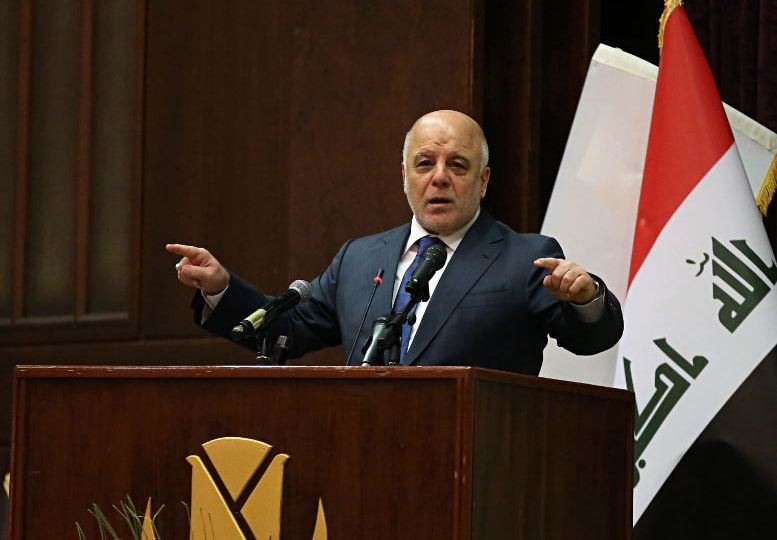 Iraqi forces have driven Islamic State from a large desert region on the border with Syria, Prime Minister Haider al-Abadi says, a sign that the extremist militia has lost control of its territory in the country.

“I break the good news to all Iraqis that the Iraqi people have completed purging the Jazira region from Daesh and have completely controlled the border with Syria,” al-Abadi said on Saturday, using an Arabic acronym for Islamic State.

“This is a victory not only for Iraqis, but for Arabs, Muslims and the world,” the Shiite Muslim leader added at a conference in Baghdad.

With this breakthrough, Iraq has completed “liberation of all its lands” from Islamic State more than three years after the radical militia seized large chunks of the country in a blitz, chief of the campaign, Lieutenant General Abdul-Amir Yarallah said in a press statement.

Last month, Baghdad announced that it had driven Islamic State from Rawa, the last Iraqi town near the Syrian border that was held by the hardline group.

IS has recently lost large swathes of territory in Syria and Iraq where it launched a self-proclaimed caliphate.