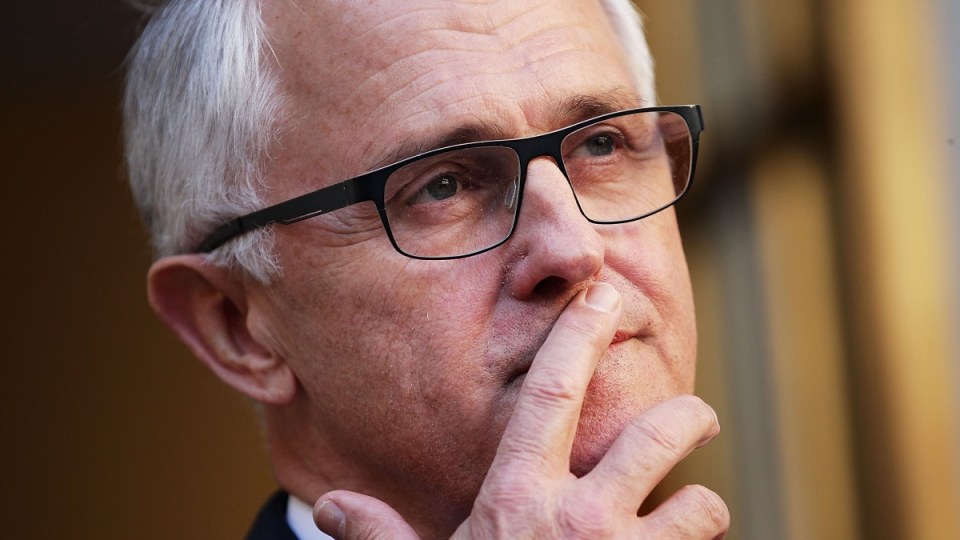 China says it has lodged an official complaint over Prime Minister Malcolm Turnbull’s declarations on foreign interference in Australia’s affairs.

Earlier this week Mr Turnbull said the Government could not be naive about the threat of foreign interference and stressed the laws were not focused on the loyalties of multicultural Australians.

“Foreign powers are making unprecedented and increasingly sophisticated attempts to influence the political process, both here and abroad,” he said.

Mr Geng said Mr Turnbull’s remarks were prejudiced against China and had poisoned the atmosphere of China-Australia relations.

“We are astounded by the relevant remarks of the Australian leader. Such remarks simply cater to the irresponsible reports by some Australian media that are without principle and full of bias against China,” Mr Geng said at a regularly scheduled briefing.

“It poisons the atmosphere of the China-Australia relationship and undermines the foundation of mutual trust and bilateral cooperation.

“We express strong dissatisfaction with that and have made a serious complaint with the Australian side.

“China strongly urges relevant Australian individuals to discard their Cold War mentality and bias towards China, stop at once publishing wrong remarks that can damage mutual political trust and mutually beneficial cooperation between China and Australia.”

Beijing said the reports of Chinese interference in Australia’s democracy were wrong.

The tension between China and Australia has escalated since Mr Turnbull’s comments, with China lodging a diplomatic complaint.

Its state media has been highly critical of Australia in recent months in response to the growing debate about the Communist Party’s reach.

China is Australia’s largest trading partner and its biggest source of foreign political funds. Australian law has never distinguished between donors from Australia and overseas.

The announcement came as a US investigation into alleged election meddling by Russia continued, and followed concerns about Chinese money and influence in Australian politics.

Under the proposed legislation, it would become a crime for a person to act on behalf of a foreign principal to influence a political or governmental process in a manner that is either covert or involves deception.

The laws would criminalise acts such as opposition senator Sam Dastyari’s alleged soliciting of a donation from a Chinese businessman, Huang Xiangmo, to cover personal expenses.

Senator Dastyari, who was demoted last week, then misrepresented Australia’s policy on China’s sweeping territorial claims in the South China at a news conference held exclusively for Chinese reporters and attended by Huang.

Earlier this week China blasted the Australian Government after it unveiled the biggest overhaul of espionage and intelligence laws in decades, amid the growing concerns of international interference.

The Chinese embassy in Canberra released a statement that said Beijing “has no intention to interfere in Australia’s internal affairs or exert influence on its political process through political donations”.

“Some Australian politicians and government officials also made irresponsible remarks to the detriment of political mutual trust between China and Australia,” the statement said.

“We categorically reject these allegations.”