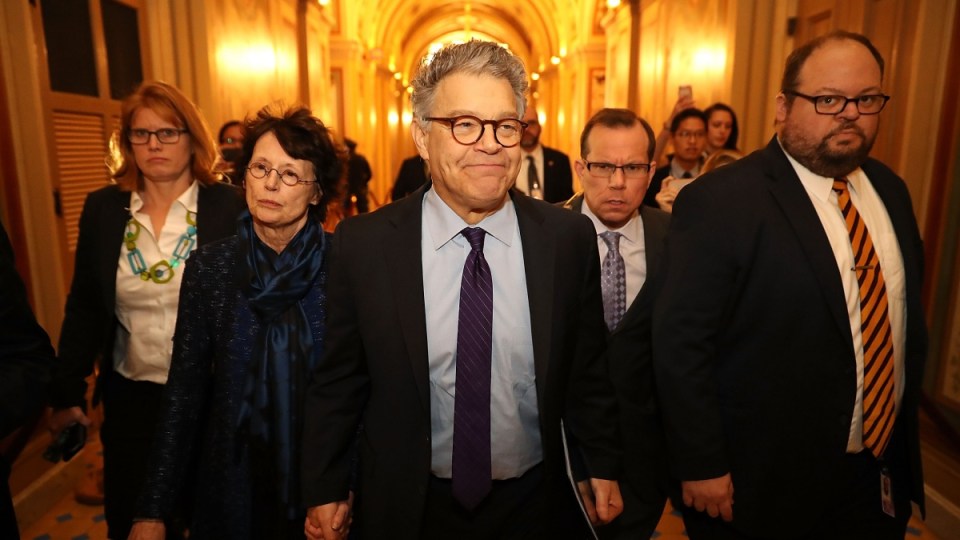 US Senator Al Franken has said he will resign in the coming weeks, after relenting pressure for him to quit Congress over accusations of sexual misconduct.

The Democratic senator, 66, announced his decision on Friday morning (AEST), saying he had brought dishonour to his party and the Senate.

Mr Franken denied the allegations and said that he remembers other differently than his accusers do.

“I know in my heart that nothing I’ve done as a senator — nothing — has brought dishonour on this institution,” Mr Franken said in Congress.

“Nevertheless, today I am announcing that in the coming weeks, I will be resigning as a member of the United States Senate.”

It comes after a wave of pressure from most of Democratic party’s female lawmakers for Mr Franken to stand down over fresh allegations of sexual misconduct.

Politico on Thursday reported that a congressional aide said Mr Franken had tried to forcibly kiss her in 2006, before he was elected to the Senate.

Mr Franken has repeatedly apologised and denied allegations of inappropriate sexual behaviour, as six women accused him of groping or trying to forcibly kiss them.

He said since joining Congress in 2008 he had been an advocate for women and used his position “to be a champion of women”.

Despite the allegations, “I know who I really am”, he said.

“Even on the worst day of my political life, I feel like it’s all been worth it.”

He said women “deserve to be heard and their experiences taken seriously”.

Republican Roy Moore, who is running for the Senate in Alabama also faces numerous accusations of sexual misconduct or assault, and has been backed by President Donald Trump ahead of a special election on Tuesday.

US senator Al Franken to resign after sexual misconduct allegations