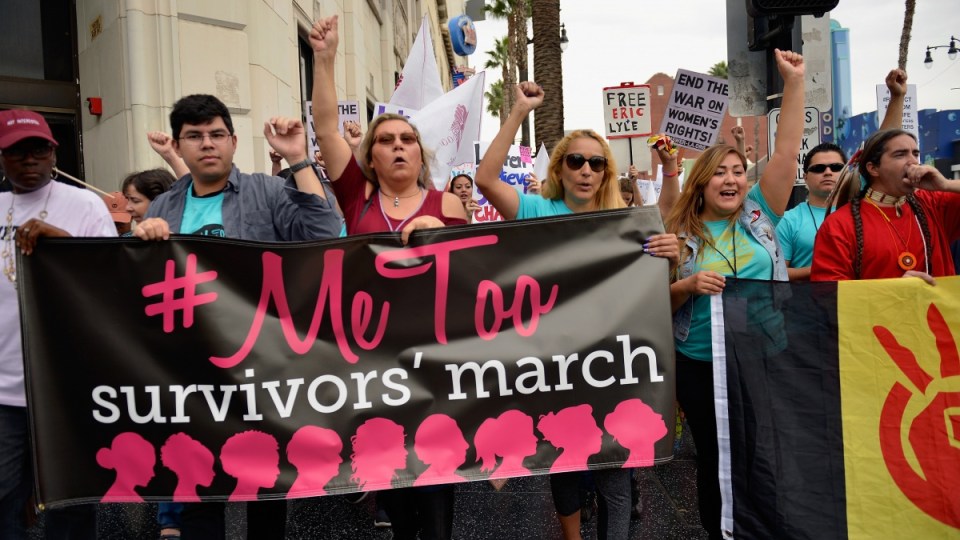 The social movement #MeToo was a huge trend on Twitter. Photo: Getty

Time magazine has named ‘The Silence Breakers’ – the men and women behind the movement aimed at raising awareness of sexual harassment – as its most influential person of 2017.

Sparked by revelations of sexual misconduct by Hollywood mogul Harvey Weinstein and other high-profile men, millions have shared their stories of harassment and abuse.

The movement was epitomised on social media with the hashtag #MeToo, through which people made their accusations public.

“This is the fastest-moving social change we’ve seen in decades, and it began with individual acts of courage by hundreds of women — and some men, too — who came forward to tell their own stories,” Time editor-in-chief Edward Felsenthal said during the announcement on NBC’s Today show.

The #MeToo phenomena grew spontaneously in October after actor and activist Alyssa Milano followed a friend’s suggestion and tweeted: “If you’ve been sexually harassed or assaulted write ‘me too’ as a reply to this tweet.”

The hashtag was tweeted nearly a million times in 48 hours.

“As women, we have to support each other and stand together and say, ‘That’s it. We’re done. No more,” Ms Milano told NBC.

“It’s vital to me that we really set in some actionable things that we can do to continue this momentum.”

Ms Milano was joined on Today by Tarana Burke, the women publicly credited to creating the movement.

“I could never had envisioned something that would change the world. I was trying to change my community,” Ms Burke said.

“This is just the start. It’s not just a moment, it’s a movement. Now the work really begins.”

The two runners-up for Person of the Year were Chinese President Xi Jinping and US President Donald Trump, who has been accused of sexual misconduct by numerous women. He has categorically denied any wrongdoing.

Last month Mr Trump tweeted that the magazine told him he would “probably” be named Person of the Year if he agreed to an interview and photo shoot.

He said he “took a pass”, but Time has disputed his assertion.

Time Magazine called to say that I was PROBABLY going to be named “Man (Person) of the Year,” like last year, but I would have to agree to an interview and a major photo shoot. I said probably is no good and took a pass. Thanks anyway!

Time’s annual award recognises the person, group, thing or idea that it has determined had the greatest influence on events for the year.

Time magazine names ‘The Silence Breakers’ as Person of the Year