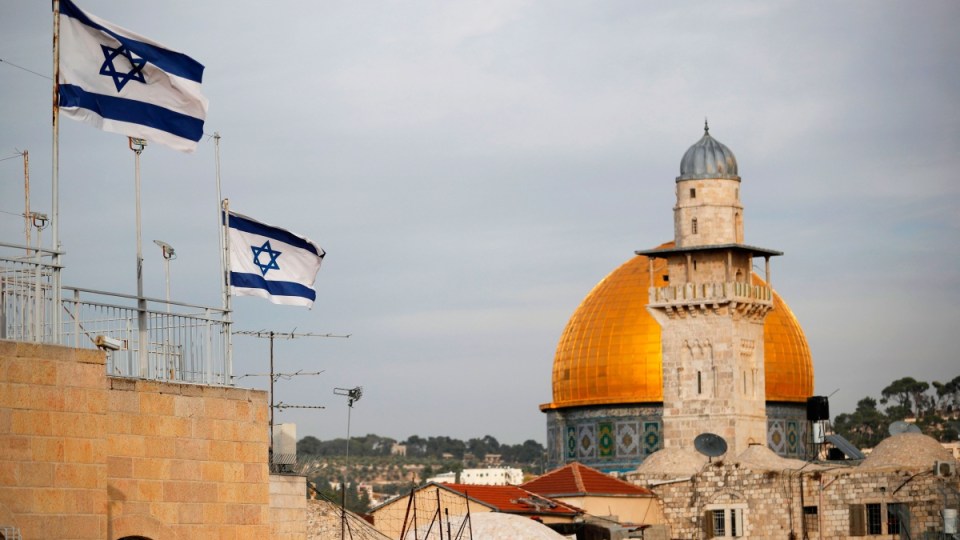 Recognising Jerusalem as Israel's capital would reverse decades of US policy. Photo: Getty

The fragile peace between Israel and its Middle East neighbours is in doubt as President Donald Trump plans to shift the US embassy to Jerusalem.

Mr Trump told Israeli and Arab leaders overnight that he will recognise Jerusalem as the capital of Israel.

The shift represents a symbolically dangerous move that could undo efforts to broker peace between Israel and the Palestinians and reverse decades of US policy, the New York Times reported.

Mr Trump is expected to announce his decision Wednesday, two days after the deadline for him to decide whether to keep the US Embassy in Tel Aviv.

Ahmed Aboul-Gheit, the head of the Arab League, urged the US States to reconsider any recognition of Jerusalem as Israel’s capital, saying such a step would be a “dangerous measure that would have repercussions” across the region, the AP reported.

Turkish President Recep Tayyip Erdogan was quick to react to the news, warning it could sever ties with Israel if the US recognises Jerusalem as its capital.

Mr Erdogan told parliament a move to Jerusalem, which holds immense religious significance in the islamic world, would cross a “red line” for Muslims.

If Washington recognises Jerusalem as Israel’s capital, it would be the first country to do so since the foundation of the Jewish state in 1948.

“President Mahmoud Abbas received a telephone call from US President Donald Trump in which he notified the President of his intention to move the American embassy from Tel Aviv to Jerusalem,” Palestinian spokesman Nabil Abu Rdainah said.

“President Abbas warned of the dangerous consequences such a decision would have to the peace process and to the peace, security and stability of the region and of the world,” Mr Abu Rdainah said.

The White House earlier said Mr Trump will miss the deadline on a decision about moving the US embassy.

An announcement on the decision will be made “in coming days,” White House spokesman Hogan Gidley told reporters aboard Air Force One as the President was returning from a trip to Utah.

Mr Trump was due to decide Monday on whether to sign a waiver that would hold off relocating the embassy from Tel Aviv for another six months, as every US president has done since Congress passed a law on the issue in 1995.

Senior US officials have said that Mr Trump is expected to issue a temporary order, the second since he took office, to delay moving the embassy despite his campaign pledge to go ahead with the controversial action.

But the officials have said Trump is likely to give a speech on Wednesday unilaterally recognising Jerusalem as Israel’s capital, a step that would break with decades of US policy and could fuel violence in the Middle East. They have said, however, that no final decisions have been made.

Earlier, French President Emmanuel Macron warned Trump in a phone call against recognising Jerusalem and the Palestine Liberation Organisation’s chief representative in Washington said it would be the “kiss of death” for a two-state solution to the Isaraeli-Palestine conflict.