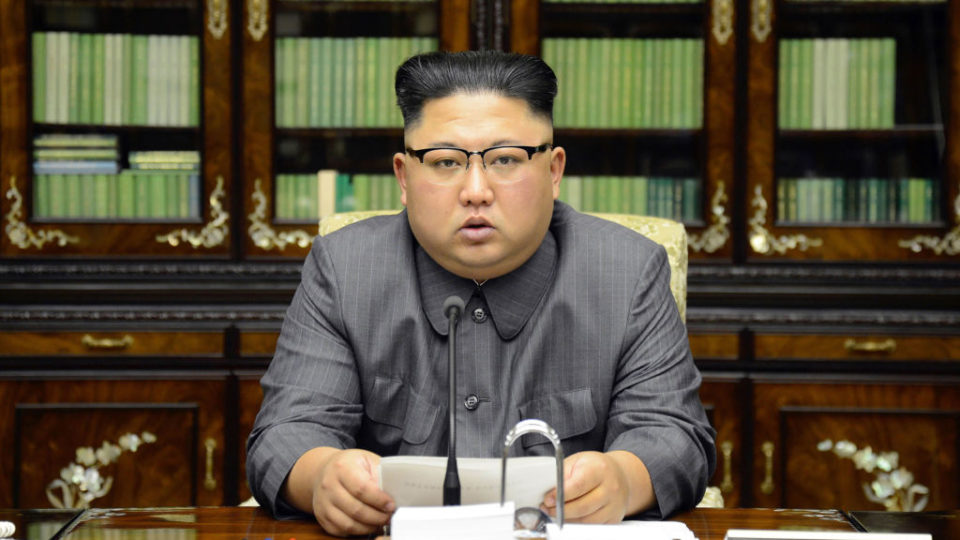 Donald Trump’s national security adviser HR McMaster says the potential for war with North Korea is growing each day as the US looks to ramp up its anti-missile defences.

“I think [the threat of war] is increasing every day, which means that we are in a race. We are in a race to be able to solve this problem,” General McMaster told an audience at the Reagan National Defence Forum.

The US agency tasked with protecting the country from missile attacks is scouting the West Coast for possible sites to deploy new anti-missile defences.

The accelerated pace of North Korea’s ballistic missile testing program in 2017 and the likelihood the North Korean military could hit the US mainland with a nuclear payload in the next few years has raised the pressure on the United States government to build-up missile defences.

Technical analysis of the missile flight is ongoing, but a US official was quoted as saying by CNN that “the North Koreans had problems with re-entry. “

Coupled with the rogue regime’s need to master missile guidance and targeting, the re-entry failure underscores the challenges facing the country’s weapons program, the official was quoted as saying.

General McMaster said Mr Trump remained committed to the complete denuclearisation of the Korean Peninsula, adding that there are nonmilitary ways to deal with the issue, such as calling on China to impose greater economic sanctions against Pyongyang.

North Korea, meanwhile, has warned that planned military drills between South Korean and US forces will “precipitate their self-destruction”.

South Korea is a key US ally in the region and relies on US military assistance for security against the North. Troops from the two countries routinely train together, each time prompting outbursts from Pyongyang.

This week’s Vigilant Ace exercises, due to last five days, will involve more than 230 warplanes and 12,000 soldiers.

A spokesman for North Korea’s Committee for the Peaceful Reunification of the Country said in the statement on Sunday that the goal of the training is to “totally destroy” North Korea, according to comments carried by North Korean state news agency KCNA.

“The US and south Korean puppet military warmongers should bear in mind that their escalating provocation and adding to crimes will only invite more terrible retaliation and precipitate their self-destruction,” read the statement.

The warning comes a day after North Korea’s foreign ministry warned that the US government is “begging” for a nuclear war.