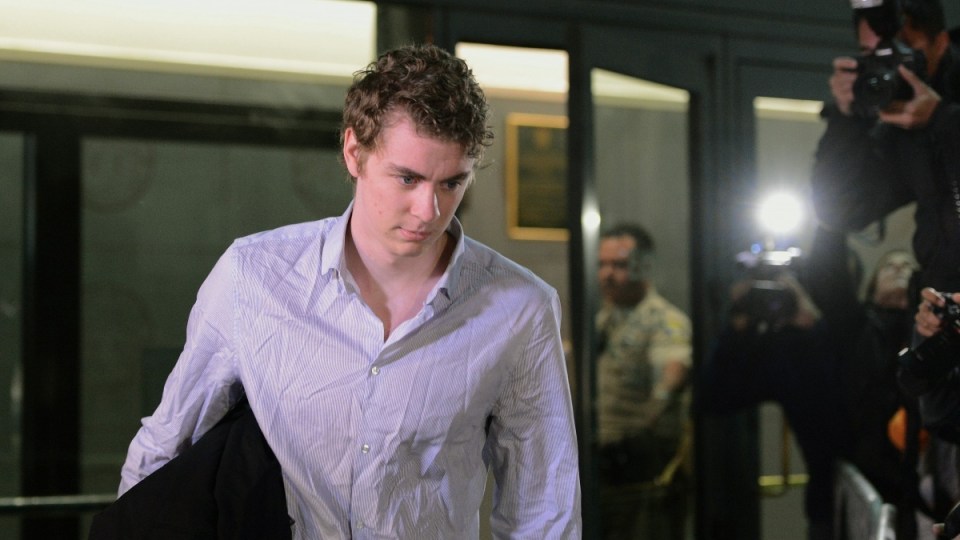 Former Stanford University student Brock Turner, who served just three months for the rape of an unconscious woman, is appealing his convictions and wants a new trial.

He was sentenced in March last year to just six months in prison, sparking international outrage at its leniency. He served only three months before being released for good behaviour in September 2016.

Lawyers for Turner filed an appeal in California’s Sixth District Court of Appeal on Friday, claiming their client was denied due process during his 2016 trial.

Turner’s request for a new trial, first reported in the San Jose Mercury, hangs on a statement that a prosecutor tainted the jury by repeatedly saying the assault occurred “behind the dumpster”.

His lawyers argue the assault occurred in a “completely open setting”.

The appeal also claims Turner was denied a fair trial after witnesses who would testify to the swimmer’s good character were excluded by the court.

The brief also argues due process was deprived by the prosecution’s “failure to present constitutionally sufficient evidence as to any of the three counts of conviction”.

“His conviction will be upheld. Nothing can ever roll back Emily Doe’s legacy of raising the world’s awareness about sexual assault.”

Following the sentencing, a petition calling for the judge residing over the case to be disbarred garnered over one million signatures, while the anger intensified after a letter sent by Turner’s father to the judge claimed his son should not be punished for “20 minutes of action”.

Turner’s victim, identified as “Emily Doe,” made a powerful statement at his sentencing that drew international attention and went viral.

She told her attacker in the statement read in court: “You don’t know me, but you’ve been inside me, and that’s why we’re here today.

“You took away my worth, my privacy, my energy, my time, my intimacy, my confidence, my own voice, until today.”