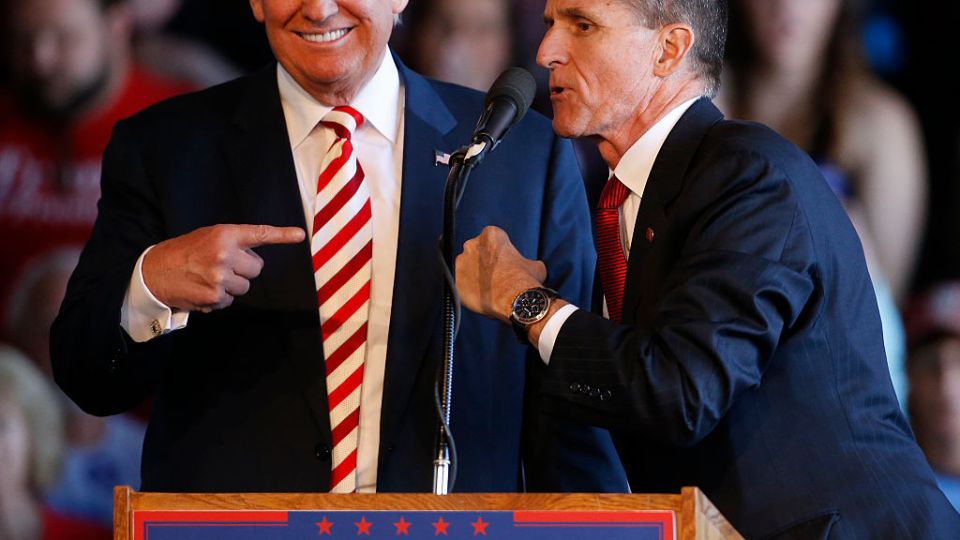 Michael Flynn had a reputation as a maverick and rule breaker years before he joined US President Donald Trump in the White House, including being investigated for inappropriately sharing highly-classified intelligence with Australian forces.

The retired US three-star lieutenant general became the biggest scalp of special counsel Robert Mueller’s deepening probe into ties between the Trump campaign and Russian government officials on Friday when he entered a guilty plea to lying to the FBI about communications he had with Russian ambassador, Sergey Kislyak.

Flynn was considered one of the great minds in the US military intelligence community and during his decorated 33-year career worked alongside Australian forces in Afghanistan and Iraq.

Some detractors believed he worked too closely with allies.

Flynn was an outspoken believer in breaking through red tape on the battlefield to allow intelligence to be shared with allies.

In 2010, while serving as the US military intelligence chief in Afghanistan, he was investigated for sharing secrets with Australian and British forces.

Flynn defended his actions, declaring he was “proud” to help “our closest allies”.

“The investigation on me was for sharing intelligence with the Brits and Australians in combat, and I’m proud of that one,” Flynn told the Washington Post last year.

“That was substantiated because actually I did it. But I did it with the right permissions, when you dig into the investigation.”

Alarm bells were ringing loudly in Washington DC about Flynn’s suitability for the role as the president’s national security adviser before Flynn’s December 29 phone calls with Mr Kislyak.

On December 9, 2016, a month after Mr Trump’s election win and six weeks before the president’s inauguration, Democrat senators Richard Blumenthal and Jeanne Shaheen called on the FBI, the Director of National Intelligence and US Office of Personnel Management to review Flynn’s security clearance.

The senators cited the reports about Flynn sharing classified information with Australia and the UK among their concerns.

Flynn’s December 29 phone calls with the Russian ambassador came a day after US President Barack Obama placed sanctions on Russia for meddling in the election.

Flynn admitted on Friday he asked Mr Kyslyak for Russia to not to escalate the conflict.

Flynn said he made the call after conferring with a senior official in the Trump transition team.

“I always knew he was very smart!” Mr Trump said.

Flynn has agreed to co-operate with Mr Mueller’s investigation, a move that will likely expose the inside dealings of Mr Trump’s transition team and White House and raise the prospect of legal trouble for the president and other top tier advisers.

Mr Trump said on Saturday he is not concerned.

“What has been shown is no collusion. “There’s been absolutely no collusion so we’re very happy.”