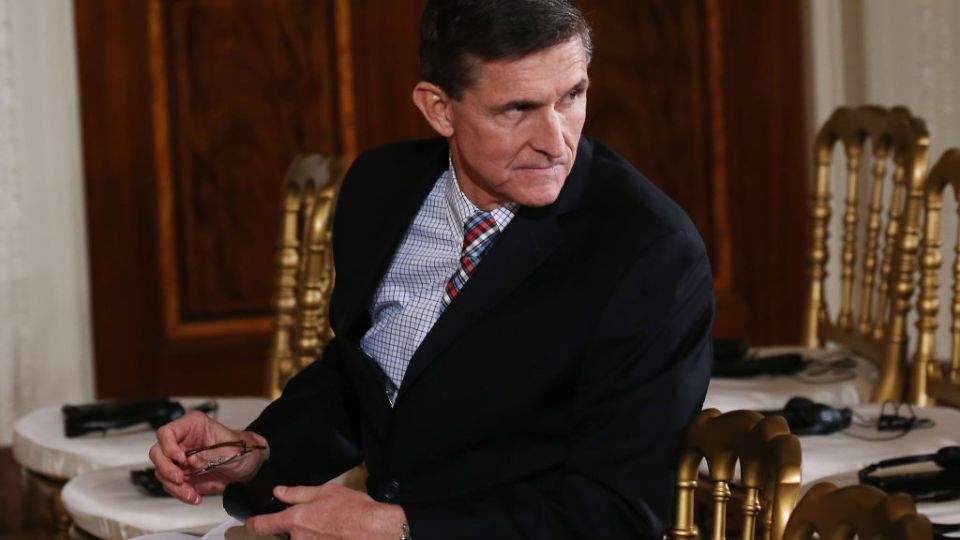 The former national security adviser pleaded guilty to lying to the FBI about contacts with Russia's ambassador. Photo: Getty

NBC News, citing two sources, is reporting Mr Kushner gave the direction to Mr Flynn to contact the Russians about a UN resolution regarding Israel around December 22.

The latest developments come as Mr Flynn, also a former top Trump campaign aide and a central figure in a federal investigation into Moscow’s alleged interference in the 2016 US presidential election, pleaded guilty on Friday to lying to the FBI.

An ABC News report that said Mr Flynn is prepared to testify that Mr Trump directed him to make contact with Russians when he was a presidential candidate sent US stocks sharply lower.

According to court documents made public on Friday, a member of Mr Trump’s presidential transition team, later identified by sources as Mr Trump’s son-in-law Mr Kushner, told Flynn on December 22 to contact officials from foreign governments, including Russia, to convince them to delay the vote or veto the resolution.

Mr Flynn spoke with then-Russian Ambassador to the United States Sergei Kislyak that day, and again the following day, according to the court documents.

The 1799 Logan Act bars unauthorised private US citizens, which Trump, Flynn, and Kushner all were at the time, from negotiating with foreign governments. However, only two Americans have ever been indicted for allegedly violating it – in 1802 and 1852 – and neither was convicted.

Abbe Lowell, a lawyer for Kushner, did not respond to multiple requests for comment on Friday about Israel or other issues.

Mr Flynn also filed materially false statements and omissions in his March 7, 2017, foreign agent filing over his company’s work with the Turkish government, according to prosecutors.

His plea agreement, and his decision to cooperate with the investigation led by Special Counsel Robert Mueller, marked a major escalation in a probe that has dogged Mr Trump’s administration since the Republican president took office in January.

The charges carry sentence of up to five years in prison.

Mr Flynn was fired from his White House post in February for misleading Vice President Mike Pence about his conversations with the ambassador.

Moscow has denied a conclusion by US intelligence agencies that it meddled in the election campaign to try to sway the vote in Mr Trump’s favour. Mr Trump has denied any collusion by his campaign.