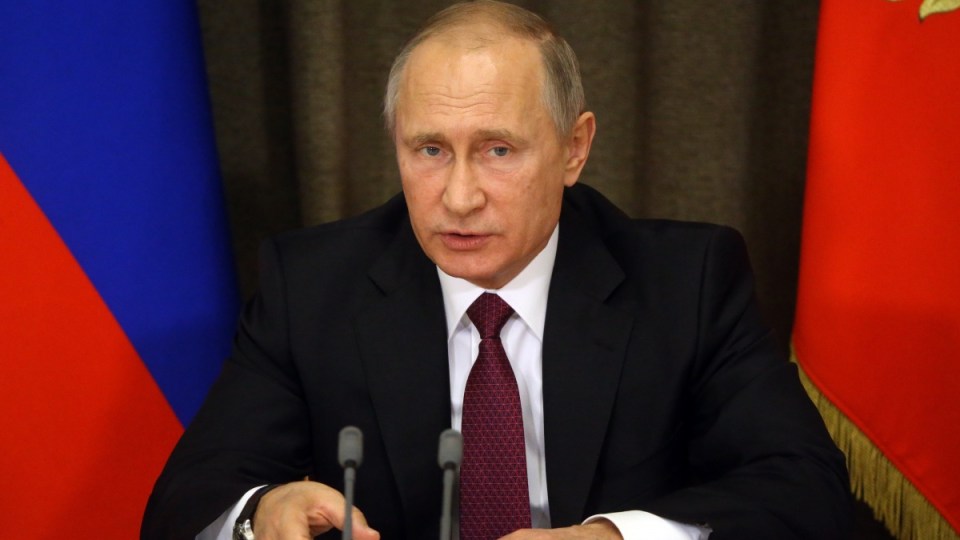 Two Playboy models are slugging it out for the Russian presidency! And given that Vladimir Putin hasn’t even announced he’s going to run as yet … well, gee, who knows what might happen?

This is the ribald comedy dominating Russian politics at the moment – reported with particular prurience by the UK media – in which the two women are portrayed as a Kremlin-staged distraction from Mr Putin’s more serious rival being disallowed from running for the top job.

But the real story may be more complicated – as are the realities of Russian politics.

Kseniya Sobchak, 36, and Yekaterina Gordon, 37, are both singers and retired movie starlets. They both have their own TV shows. And both work as serious journalists – a fact that gets downplayed.

Ms Gordon is also a lawyer who is campaigning for the rights of women and children, and her tilt at the presidency is regarded more a way of gaining attention for those issues.

Women’s access to abortion and protections from domestic violence are both being wound back, as paternalistic traditions are being reaffirmed through the law.

To get on the official ballot, both women need to collect 300,000 signatures in support from Russian citizens, something they’d have both probably accomplished if they’d announced their campaigns sooner.

Ms Sobchak has more than 1.6 million Twitter followers on her Russian account. But she only announced her campaign a month ago.

Ms Sobchak, a socialite turned activist – with a strong teenage following because of her reality-TV work – has the higher profile of the two and is sometimes known as the Paris Hilton of Russia.

But she has some political credentials too. Her father was the first democratically elected mayor of St Petersburg, and is said to have been a tutor, even mentor to Mr Putin.

But in 2011, Ms Sobchak publicly broke from supporting President Putin, during a period of widespread protests against the despot president and his shady, dangerous form of rule.

She was invited to speak at anti-Putin rallies, although slow-clapped by some who didn’t understand why she was there. Reports soon after of her home being raided by six policemen – a rite of passage for anyone making a public stand against the government – rarely failed to mention that she opened the door to the cops in a “negligee”.

When Ms Sobchak announced her campaign for Mr Putin’s job, she demanded the release of two dozen political prisoners, and denounced Russia’s annexing of the Crimea as a violation of international law.

It’s hard to fathom that she’d be so bold on such sensitive issues if she were a stooge, given Mr Putin’s hardman stance – especially on the Crimea which has brought him international condemnation.

Then again, in Russia the truth is layered, tangled and otherwise open to argument.

Mr Putin’s strategy may be to give Ms Sobchak credibility as an opposition voice to distract from the fact that the anti-corruption activist Aleksei Navalny – who has an impressive campaign infrastructure in place throughout the country – is being prohibited from running due to contested legal reasons.

Dr William Partlett is a senior lecturer at Melbourne Law School with a research interest in Russian history, and the role of law in the Russian political system.

He told The New Daily that Mr Nalvany “is clearly the most competitive candidate at the moment … but he’s not allowed to run”.

The difficulty for Ms Sobchak and Ms Gordon is that they don’t have the political structure that would give them any realistic chance for winning at the polls.

Ms Sobchak, says Dr Partlett, is not well known outside of Moscow. He believes the media hasn’t given her enough credit.

“She’s not just a playgirl or a reality TV star. She’s had an important role in the public eye as a journalist. She did a very good interview with Aleksei Navalny about a year ago where she really pushed him on his policies. She’s more serious than people make her out to be,” he said.

So too is Ms Gordon who, says Dr Partlett, runs her own law firm.

“These are examples of the younger generation of Russians who grew up in the ’90s, and who represent Muscovites who really want change,” he added.

“But to win the presidency, you need more than Moscow.”

Dr Partlett says that Ms Sobchak has been a strong member of the opposition since 2011.