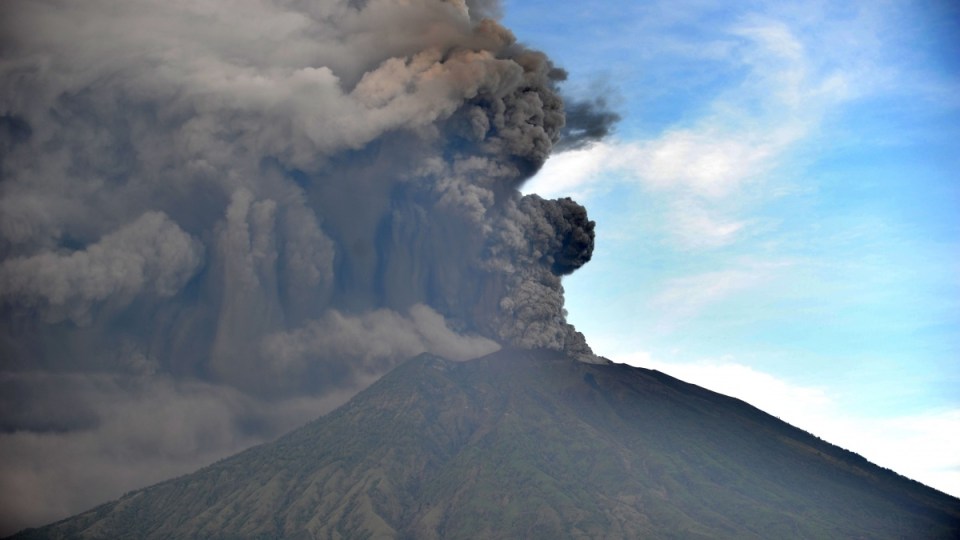 Thousands of passengers remain stranded in Bali after major airlines including Jetstar and Qantas announced the cancellation of several flights out of Bali after a ‘sudden’ change in weather conditions.

“There has been a sudden change in today’s forecast for this evening in Bali. As a result, some of our flights out of Bali planned for today have been cancelled,” according to a statement released by Jetstar on Friday at 12.43pm.

“Our senior pilots will make further assessment tonight and tomorrow morning based on the latest information from the Volcanic Ash Advisory Centre.

“We will provide customers an update if the situation changes.

Earlier on Friday, Jetstar and Qantas announced they would operate 10 scheduled services and eight relief flights on Friday, arriving in Sydney, Melbourne, Perth, Adelaide and Cairns.

More than 4300 Australians who were stranded in Bali were hoping to fly home on Friday.

Denpasar Airport had reopened on Wednesday after the cloud from the Mount Agung eruption cleared, allowing major airlines to resume flights.

“Volcanic activity and ash cloud are unpredictable and flights may be cancelled at short notice,” a Jetstar spokeswoman said in a statement on Thursday night.

The first of the flights back to Australia arrived in Perth on Thursday afternoon and subsequent services landed in Melbourne and Sydney in the evening.

Many endured an uncomfortable end to their holidays, with WA man Phil Wickham describing “cold, wet” nights spent sleeping at the airport.

“It also gets really hot and steamy. It’s not pleasant,” he said.

School-leaver Alistair McCoy was among the backlog of 100,000 international visitors lucky to get on a flight home to Perth.

He told the ABC he was “completely happy” to be home and that conditions were “full-on” as many of his friends were still stranded.

“Everything was getting put up in price.”

A traffic alert statement on Virgin’s website issued earlier on Friday at 9.30am (AEST) said they would operate three recovery flights.

“A safety assessment was made this morning by our team of safety experts and senior meteorologists, based on the latest information provided by the Volcanic Ash Advisory Centre.

“This assessment has deemed flying conditions to be safe and as a result, Virgin Australia will operate three recovery flights from Denpasar to Australia today.

“Depending on conditions, fuel stops may be required for some flights.”

Jetstar said it was still scheduling six flights to operate from Bali on Friday to Melbourne, Perth, Adelaide and Cairns.

None of the airlines including Virgin were taking passengers to the popular holiday spot due to the risk of further volcanic activity and disruptions.

The Virgin statement said that the “uncertainty surrounding flying conditions” meant that flights weren’t going ahead.

“For those that have had flights cancelled today, the flight number associated with your booking will still be visible on our flight status page as we are needing to ferry the aircraft over to Bali to operate recovery flights while conditions permit,” the statement read.

Added Jestar: “Due to the unpredictability of volcanic activity and the potential for further diversions and cancellations, we will not be operating any flights from Australia to Bali on Friday.”

Mount Agung: Flights out of Bali cancelled after ‘sudden’ change in forecast