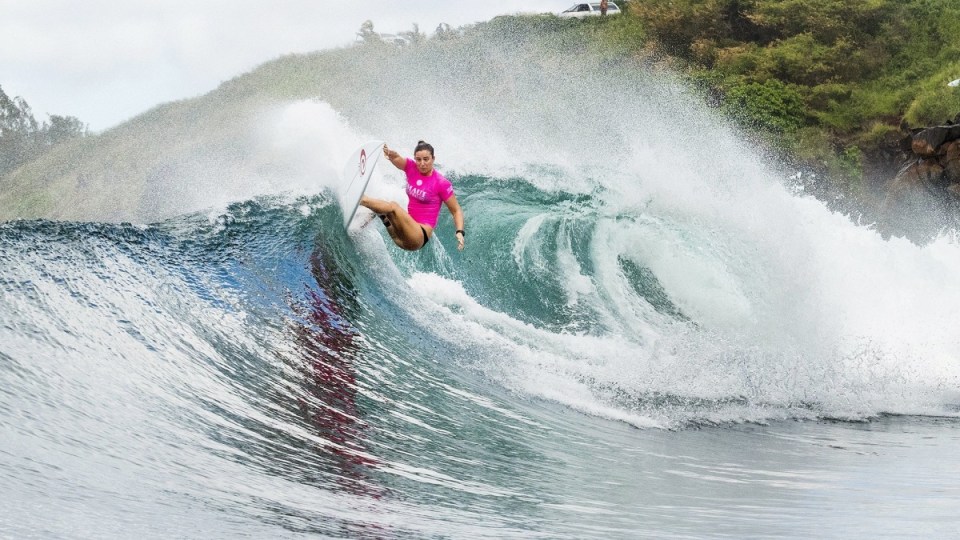 Australia’s Tyler Wright has won a second successive world surfing title after reaching the semi-finals of the season-ending Maui Pro in Hawaii.

Wright scored a two-wave total of 16.10 out of 20 to defeat Hawaiian wildcard Brisa Hennessy (9.33) in Friday’s second quarter-final, to secure her second world title.

The Australian produced a dominant heat to continue her strong form at Honolua Bay.

An 8.50 barrel 10 minutes into the heat put Wright ahead of tournament giant-killer Hennessy, before she backed it up with a solid second wave of 7.60.

With youngster Hennessy needing a combination to overtake Wright, the Australian was then able to relax until the siren went before embracing her coach Glenn Hall in the water.

Wright’s championship success was set up by American rival Courtney Conlogue being beaten by Australia’s Nikki Van Dijk earlier in the day in the fourth round.

The 23-year-old, who suffered a knee injury during the tour event in Portugal in October, will now aim to end her year by defending her Maui Pro event title.

She said winning back-to-back titles was the realisation of a determination she set for herself in 2015.

“It wasn’t like last year was one and done,” Wright said.

“I kind of decided in 2015 that I was going to win one every year and I wanted to hold true to that.”

Wright was one of five surfers in contention for the title heading into the Maui Pro event, with Sally Fitzgibbons’ second round elimination on Thursday by Hennessy opening the door for the NSW South Coast surfer.