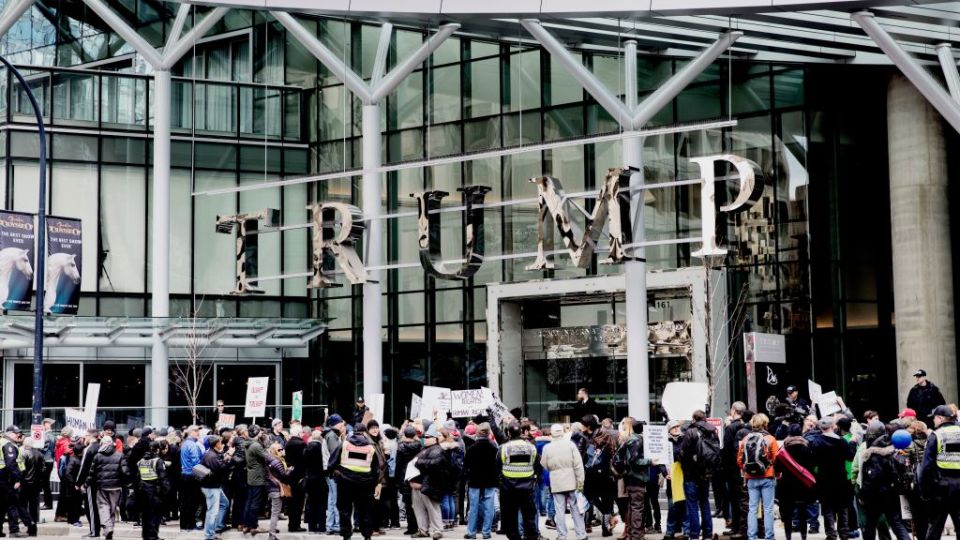 Owners of the Trump International Hotel in Panama are attempting to strip President Donald Trump’s name from the 70-storey building to recoup customers amid high vacancy rates.

The property’s owners, who once paid at least $US32 million ($42 million) to associate with Mr Trump, are also working to sack the hotel management company run by the Trump family.

“I bought there because I thought Trump’s name made it a safe investment,” Al Monstavicius, who owns a unit in the building, told the Associated Press.

“But Latinos are a real problem for him in Panama.”

Despite lavish amenities, the tower on Panama’s waterfront has struggled with poor occupancy.

Monstavicius said his penthouse hotel suite was being booked just 30 per cent of the time in recent months, The Washington Post reported.

The Trump Organisation said the property is doing well compared with similar hotels in Panama and that it has an enforceable contract to run the hotel.

“Not only do we have a valid, binding and enforceable long-term management agreement, but any suggestion that the hotel is not performing up to expectations is belied by the actual facts,” the Trump Organisation said in a statement to AP.

Owners of apartments and hotel units at the property have previously alleged problems with Trump’s management.

They removed Trump’s management firm from other building administrative posts in 2015.