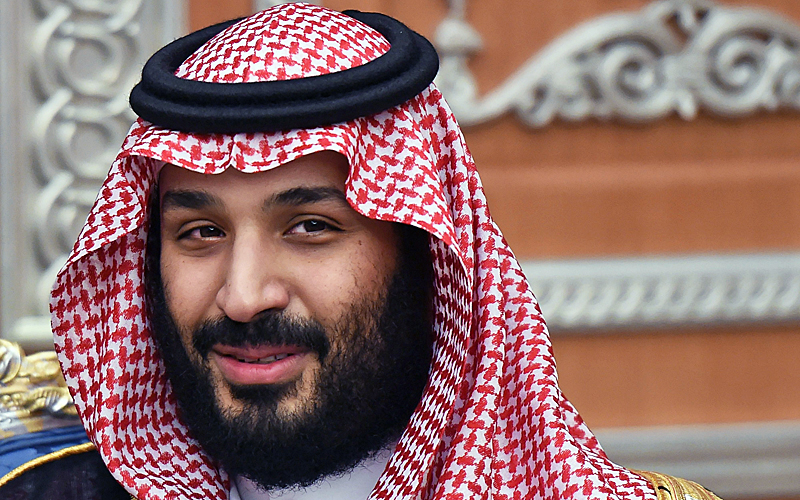 Prince Mohammed bin Salman is behind the arrest of up to 500 identities in Saudi Arabia. Photo: Getty

A Saudi-led blockade of Yemen that triggered a humanitarian crisis has pundits puzzling over the contradictions of the increasingly powerful Saudi heir, Crown Prince Mohammed bin Salman, who appears ruthless and liberal in equal measure.

United Nations food and medicine was granted entry on Monday to the millions of Yemeni at risk of disease and starvation.

It was the first time Saudi Arabia had allowed shipments to reach Yemeni ports in roughly three weeks, after it imposed a blockade in retaliation for a Houthi rebel missile strike on Riyadh.

They allegedly forced the resignation of Lebanese Prime Minister Saad Hariri. And Crown Prince bin Salman has detained – and allegedly tortured – dozens of his high-ranking rivals.

But at the same time, Salman, the young and brash heir known affectionately as ‘MBS’, is reportedly cracking down on corruption and giving more rights to Saudi women than they have ever had.

“It is doing things you wouldn’t expect. And there is more attention on Saudi Arabia because of it,” Dr Ismail told The New Daily.

“Saudi Arabia is definitely changing and it is transforming quite rapidly. This is very much due to Crown Prince Mohammed bin Salman. He is 32 years old, rather progressive and very ambitious.

“He is playing a significant role in domestic and foreign policy. And he is trying to consolidate his position. If King Salman were to abdicate next year – and that is a strong possibility – you will have Mohammed bin Salman ruling Saudi Arabia.”

“This is where some political commentators are quite puzzled,” Dr Ismail said.

“They look at some of his domestic policies and it is clear that he is quite progressive.

“He wants to eliminate corruption and he is fighting radical elements. He is empowering women – not only to drive, but he gave women access to services without them having to get permission from a male guardian. This is a huge thing in Saudi Arabia.

“Yet externally, he’s doing some atrocious things. He’s fighting a war in Yemen. Many would argue that he started it in 2015. Yemen is a catastrophe.

“When it first happened, many countries in the region were quite supportive. But now people are changing. It’s catastrophic and the Western media is reporting it as such, so people in the region are becoming quite nervous about it. Some are now saying that Saudi Arabia needs to rethink some of its foreign policy.”

Professor James Piscatori, also from the ANU’s Centre for Arab and Islamic Studies, agreed that today’s Saudi Arabia appears to be a contradiction.

The Crown Prince, he said, seems to be having several battles at once – on both the domestic and foreign policy fronts.

“There is Yemen, Qatar, Iran, ISIS – all at the same time. Yemen and Qatar at least are not too successful and seem to be backfiring to some extent,” Professor Piscatori said.

“The interesting thing here is that he’s doing these things at exactly the same time as that he is being progressive domestically.

“The things he is doing domestically are very popular with his rather young population. Going after the fat cats is not bad policy.

“My guess is that there isn’t a great deal of concern at home about his foreign policy adventures either. Internationally, of course, the criticism is quite strong.

“There is a dragging down in the region in foreign policy terms. But I don’t think the wider global community will stand up to it. And for obvious reasons. The Saudis are a substantial power. They are an economic power.

“The ones who could stand up to them are the US, but they are doing exactly the opposite. There is absolutely no pressure from the US for Saudi Arabia to change. Britain and everyone else are falling over themselves to sell arms.

“I don’t know that the Saudis want more power in broadly international terms, but what is absolutely clear is they are flexing their muscle in the region.”