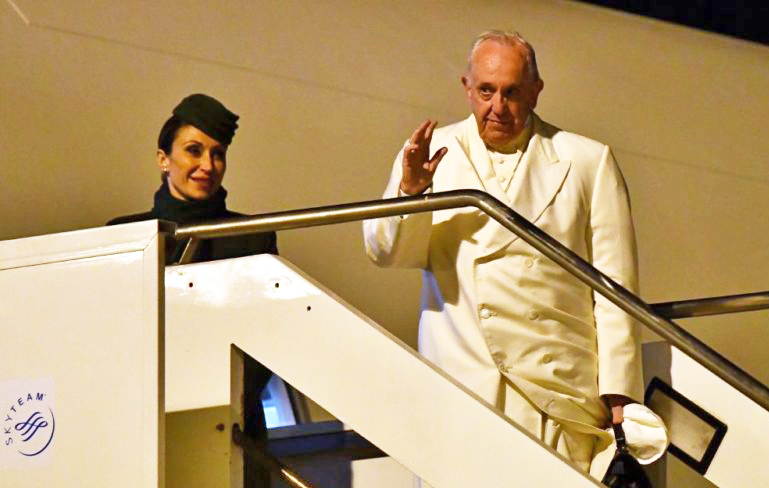 Pope Francis will walk a humanitarian tightrope when he visits Myanmar this week. Photo: Getty

Pope Francis has embarked on a six-day trip to Myanmar and Bangladesh that will take him to the heart of one of the world’s biggest humanitarian crises.

More than 620,000 Rohingya Muslims have fled from Myanmar to Bangladesh since August, as a result of what has been described as a “textbook example of ethnic cleansing” by the United Nations.

The Pontiff, who will become the first Pope to visit Myanmar, has previously decried violence against the Rohingya, calling them his persecuted “brothers and sisters.”

He is expected to raise the Rohingya issue with them, but the Myanmar Catholic Church urged him to refrain from referring directly to the Muslim group so as to avoid inflaming local sensitivities.

Many in Myanmar, including the government, use the term “Bengali” for the Rohingya, to infer they are interlopers from Bangladesh, and dispute UN claims that they are being persecuted by the army.

The Pope will be in Myanmar from Monday to Thursday and in Bangladesh from Thursday to Saturday on a trip that was planned before the Rohingya crisis escalated.

Aaron Connelly, research fellow at Australia’s Lowy Institute, told CNN there was little chance the Pope’s visit to Myanmar was going to be a “generic Papal visit.”

“Clearly the thing that motivated this visit was always a desire to talk about the Rohingya,” he said.

“The question is … is he going to do that in a way which is less confrontational and engages?” Connelly added.

“Or is he going to say, this is outrageous, these people have a right to be in Myanmar?”

Days before the Pope’s arrival, Myanmar and Bangladesh signed a deal on the repatriation of Rohingya refugees, but according to the UN it is still unsafe for them to go home.

The Bangladesh leg of the papal trip includes an inter-religious meeting in Dhaka including some Rohingya, but it is not clear how much contact they will have with the Pope.