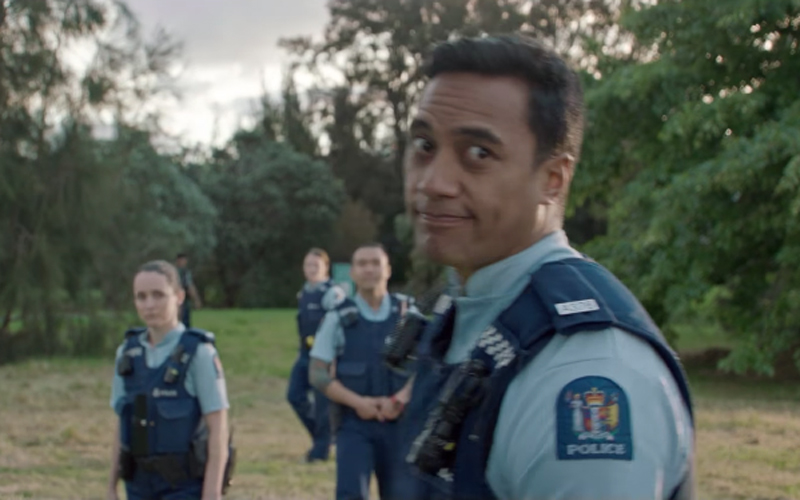 The video showcases the New Zealand sense of humour.

The action-packed clip, humbly titled World’s Most Entertaining Police Recruitment Video, took the internet by storm almost immediately after it was posted to Facebook on Sunday.

It prominently features Kiwi women and New Zealanders of many ethnicities in order to attract candidates from diverse backgrounds.

Commissioner Mike Bush, who makes a cameo appearance in the video, described the online reaction as “phenomenal”.

“We always knew this would be popular but the results have completely exceeded our expectations,” he said in a statement.

Traffic to New Zealand’s police officer recruitment website had increased by 800 per cent and more than 300 people had shown interest in joining the police after the video was uploaded, he said.

“It’s exciting to see so many people embracing our approach to recruitment and sharing the message online with potential future officers.”

It also features Black Ferns captain Fiao’o Fa’amausili, who is a policewoman in Auckland.

“The feedback from the public has been extremely positive with lots of people commenting on the diversity and the Kiwi humour in the video,” Commissioner Bush said.

“Many of our counterparts across the world are sharing their praises, and expressing what could perhaps be described as a tinge of envy for the uniquely New Zealand approach.”

Just like any good superhero movie, the video even has a bloopers reel, showing officers looking into the wrong camera and flubbing their lines.