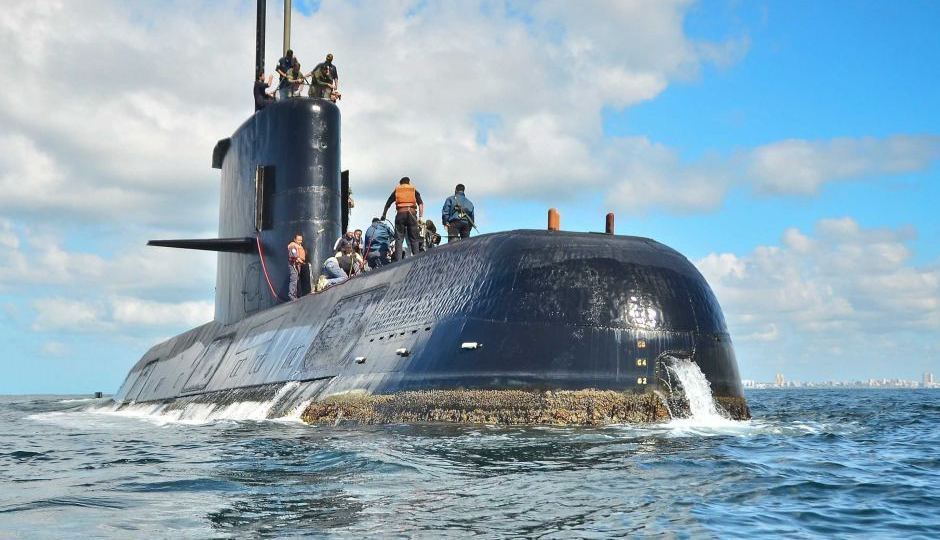 No sign of the Argentine submarine lost in the South Atlantic since November 15 has been found despite a massive international search effort, while families of the 44 crew members face the increasing likelihood that their loved ones will never return.

Saturday marked the 10th day since the ARA San Juan submarine reported its last position off Argentina’s southern coast. Reports of a sound detected underwater near the last known position of the vessel suggest it might have imploded after reporting an electrical problem.

But citing respect for the families, navy spokesman Enrique Balbi declined to say anything to confirm the now-common belief that the crew had perished.

“We are at a stage of hope and hopelessness at the same time,” Balbi told reporters. “We will not speculate beyond the facts as we know them.”

He said seven ships were braving 3-metre waves to map the ocean floor where the San Juan was most likely to be found.

The US Navy said it had deployed unmanned underwater vehicles, or “mini-subs” equipped with sonar, to join the search. A Russian plane arrived in Argentina on Friday carrying search equipment capable of reaching 6000m below the sea surface, Balbi said.

The search effort also includes ships and planes from Brazil, Chile, Great Britain and other countries.

Families of the crew were meanwhile stuck in an emotional purgatory.

“The problem with being the loved one of someone who is missing is that the mourning process cannot start, because they are still out there somewhere,” local psychologist Guillermo Bruchstein said in a Saturday television interview. “They are gone but are not ‘dead’.”

The families have said they suspect the more than 30-year-old vessel was not properly maintained, a charge the government denies, and that the navy has been slow in sharing information with them.