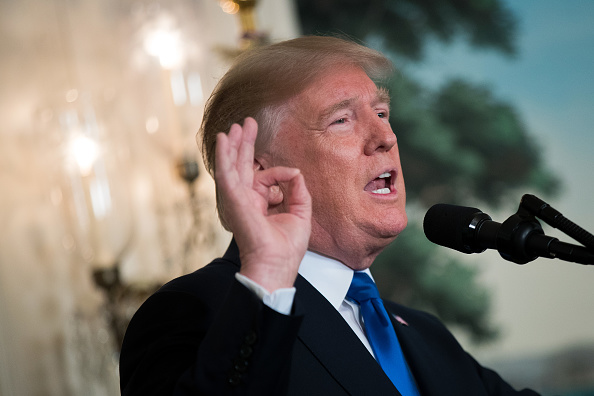 Almost a year into his presidency Donald Trump has his first victory on Capitol Hill with the Senate's okay for a tax-reform package. Photo: Getty

Donald Trump claims he has rejected the honour of being named 2017 ‘Person of the Year’ by Time magazine after receiving the title last year.

In typical brazen fashion, the US president fired off a tweet on Friday (US time) informing his millions of followers the magazine had called to say he was “probably” going to be named “Man (Person) of the Year”.

Mr Trump said he would have had to agree to an interview and a “major photo shoot” to be considered for the title.

“I said probably is no good and took a pass,” he wrote. “Thanks Anyway!”

On Friday evening Time disputed the President’s claims with another tweet.

“The President is incorrect about how we choose Person of the Year. Time does not comment on our choice until publication, which is December 6,” the publication said.

Richard Stengel, a former Time editor, also responded to Mr Trump’s tweet with a less-than-flattering hypothesis about the exchange between the magazine and the US President.

“[I] hate to tell you but that probably means you’re not Person of the Year. They just wanted a photo shoot. But I’m sure you still have that fake Time cover somewhere in storage,” Mr Stengal said on Twitter.

Amazing. Not a speck of truth here—Trump tweets he 'took a pass' at being named TIME's person of the year https://t.co/D6SJgyTpcY

Bbc just called to say I was PROBABLY going to be named sports personality of the year but I would have to agree to an interview and a major photo shoot. I said probably is no good and took a pass. Thanks anyway!

Sports Illustrated called and said I was probably going to be Sportsman of the Year, but it was going to take a long photo shoot and interview. I’m not proud of my recent perm and have a interpretive dance class at the interview time so I turned it down! No Thanks SI!!

This tweet should be the cover of @TIME magazine. pic.twitter.com/G4ZvhQfQyn

Mr Trump was named Person of the Year in 2016 after unexpectedly defeating his Democratic opponent Hillary Clinton.

German Chancellor Angela Merkel was given the coveted title the year before.

The US president’s reaction to the 2016 front cover could not be more different to this year.

“It’s a great honour. It means a lot,” he said at the time. “To be on the cover of Time magazine as the Person of the Year is a tremendous honour.”

The rejection of the Time honour also follows the magazine asking the Trump organisation to remove copies of a fake cover of the US President.

The Washington Post revealed the President appeared to have produced framed Time magazine covers of himself and hung them in at least four of his golf clubs.

Time magazine’s Person of the Year will be revealed on December 6.