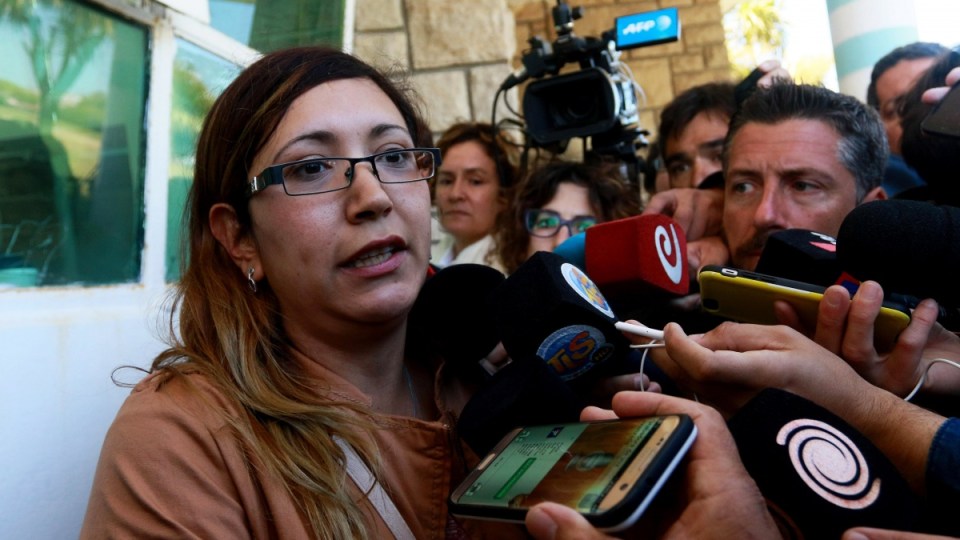 The wife of one of the 44 crew says she feels 'cheated' after the navy delayed reports of the explosion. Photo: AAP

Grief-stricken relatives of Argentinian sailors missing after their submarine lost contact in the South Atlantic are demanding answers as the country’s navy revealed the vessel may have exploded.

Itati Leguizamon, wife of submarine crew member German Suarez, said the navy had “sent a piece of crap to sail”.

“They inaugurated a submarine with a coat of paint and a flag in 2014, but without any equipment inside.

“The navy is to blame for its 15 years of abandonment.”

Dozens of relatives broke into tears and hugged each other as they gathered at the Mar del Plata Navy Base to receive counselling after the news of the explosion broke.

The German-built diesel-electric TR-1700 class submarine was commissioned in 1985 and was most recently refitted in 2014.

During the $16 million retrofitting, the vessel was cut in half and had its engines and batteries replaced, the ABC reported.

The Argentine Navy said on Friday morning (AEDT) that “violent” noise detected near the last known location of the submarine on the day it vanished was consistent with an explosion.

The revelation comes as an international body that runs a global network of listening posts designed to check for secret atomic blasts detected an “unusual signal” underwater last week near where the submarine went missing.

Several nations have been searching by air and sea for the ARA San Juan with  44 crew aboard since it disappeared off the coast of Argentina on November 15.

The chances of finding the vessel with its crew alive is rapidly diminishing, with the vessel holding only enough oxygen to last seven to 10 days.

Experts say that time may be extended if the submarine surfaced since it went missing.

Two of its monitoring stations detected the unusual signal, the CTBTO said in a statement, adding that it was passing the information on to the Argentine authorities coordinating the search.

The CTBTO did not speculate on the cause of the signal.

“It could be consistent with an explosion but there is no certainty about this,” CTBTO hydroacoustic engineer Mario Zampolli told Reuters. He agreed with the navy spokesman’s description of the signal as unusual and short, adding that the cause was non-natural.

“We can also calculate the time when the event happened in that location and that time is about three and a half hours after the last contact that the sub apparently had, according to what’s out in the news,” he said.

The stations that detected it are far apart, in the Atlantic and Indian oceans, he added.

Hopes were dashed earlier this week when “banging” sounds heard in waters beneath the search area turned out to be biological rather than noises from the Argentine submarine.

The sounds were first thought to possibly be made by tools being banged against the hull of the  submarine.