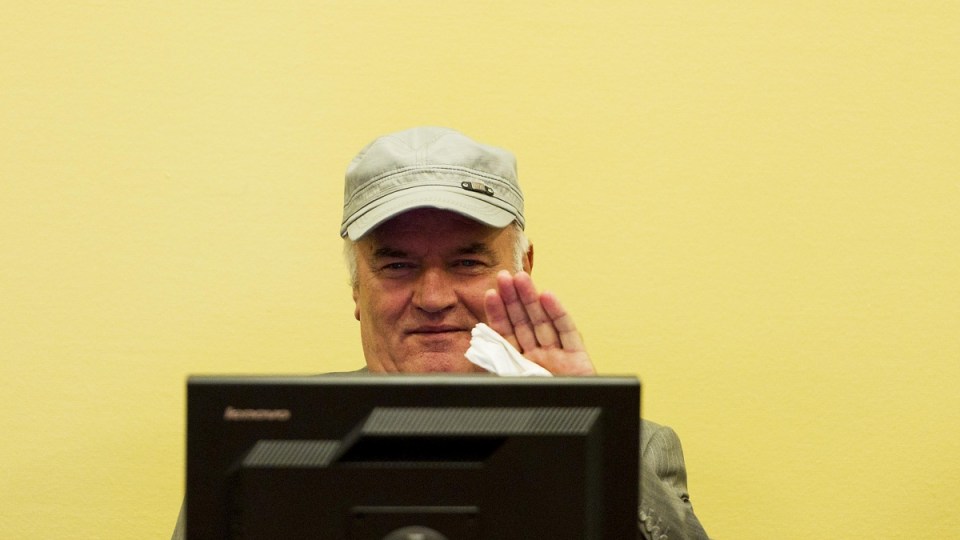 The former Bosnian Serb commander screamed in anger before the verdict was read. Photo: Getty

Former Bosnian Serb commander Ratko Mladic has been sentenced to life in prison for genocide and crimes against humanity perpetrated during Bosnia’s 1992-1995 war.

A three-judge panel in The Hague convicted Mladic, dubbed The Butcher of Bosnia, of 10 of 11 counts in a dramatic climax to a groundbreaking effort to seek justice for the wars in the former Yugoslavia.

Mladic, 74, was hustled out of a UN court minutes before the verdict for screaming “this is all lies, you are all liars” after returning from what his son described as a blood pressure test which delayed the reading-out of the judgment.

Mladic was charged with genocide for the slaughter of 8,000 unarmed Bosnian Muslim men and boys rounded up in the town of Srebrenica, and his forces’ 43-month-long siege of Sarajevo in which thousands of civilians were killed by artillery, mortar, tank and sniper fire from the rugged hills ringing the capital.

Mothers of Srebrenica’s victims clapped when the convictions were read out. Mladic’s son Darko said: “I’m not surprised. The court was totally biased from the start.”

He added: “Mladic presided over some of the darkest crimes to occur in Europe since World War II, bringing terror, death and destruction to thousands of victims, and sorrow, tragedy and trauma to countless more.

“Today’s verdict is a warning to the perpetrators of such crimes that they will not escape justice, no matter how powerful they may be nor how long it may take. They will be held accountable.”

Mladic can appeal the verdict. As the ICTY closes in December, 24 years after it was established by the United Nations, any such appeal would be handled by the so-called Mechanism for International Criminal Tribunals (MICT).