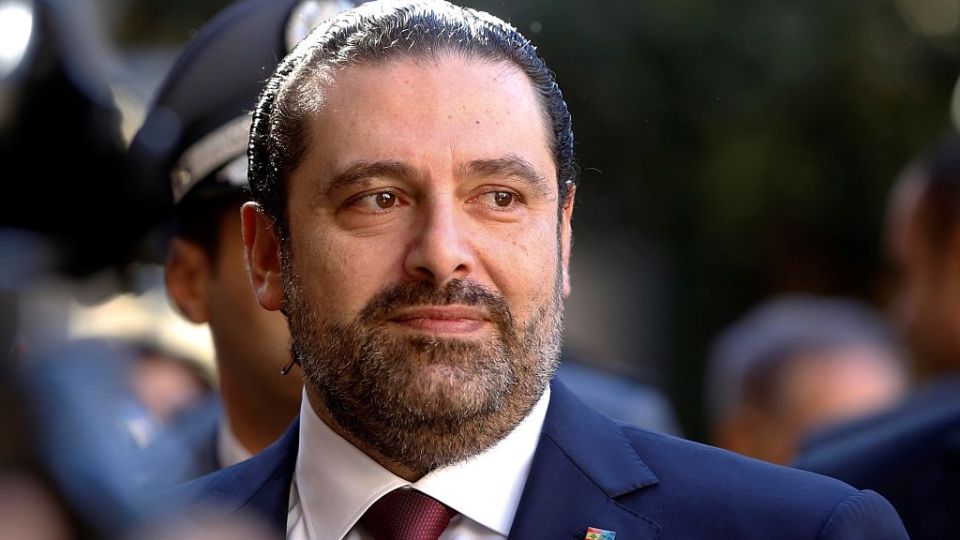 Lebanon’s Saad al-Hariri has shelved his decision to resign as prime minister at the request of President Michel Aoun, easing a crisis that had deepened tensions in the Middle East.

Mr Hariri made his announcement on Wednesday after returning to Beirut for the first time since he quit abruptly on November 4 in a broadcast from Saudi Arabia. Top Lebanese officials have said Riyadh forced him to quit and held him in the kingdom. Riyadh and Mr Hariri deny this.

At the presidential palace near Beirut, Mr Hariri said he hoped his move would lead to “a responsible dialogue … that deals with divisive issues and their repercussions on Lebanon’s relations with Arab brothers.”

“I presented today my resignation to President Aoun and he urged me to wait before offering it and to hold onto it for more dialogue about its reasons and political background, and I showed responsiveness,” he said in a televised statement.

The resignation had shocked even Mr Hariri’s aides. He returned to Lebanon late on Tuesday night after French intervention.

Mr Aoun, a political ally of Hezbollah, had refused to accept the resignation because it happened in “mysterious circumstances” abroad. He had called Mr Hariri a hostage in Riyadh.

Mr Hariri appeared to express relief that Mr Aoun had not accepted the resignation right away. He thanked Mr Aoun on Wednesday for respecting constitutional norms and “his rejection of departing from them under any circumstances”.

The resignation pitched Lebanon to the forefront of the regional rivalry between Sunni Muslim Saudi Arabia and Shi’ite Islamist Iran, which backs Lebanon’s Hezbollah, and raised concerns of a protracted crisis.

In his resignation speech, Mr Hariri had cited fear of assassination, and attacked Iran along with Hezbollah for sowing strife in the Arab world.

Hundreds of Hariri supporters packed the streets near his house in central Beirut, waving the blue flag of his Future Movement political party. The Sunni leader told them he would “stay with (them) … to be a line of defence for Lebanon, Lebanon’s stability and Lebanon’s Arabism”.