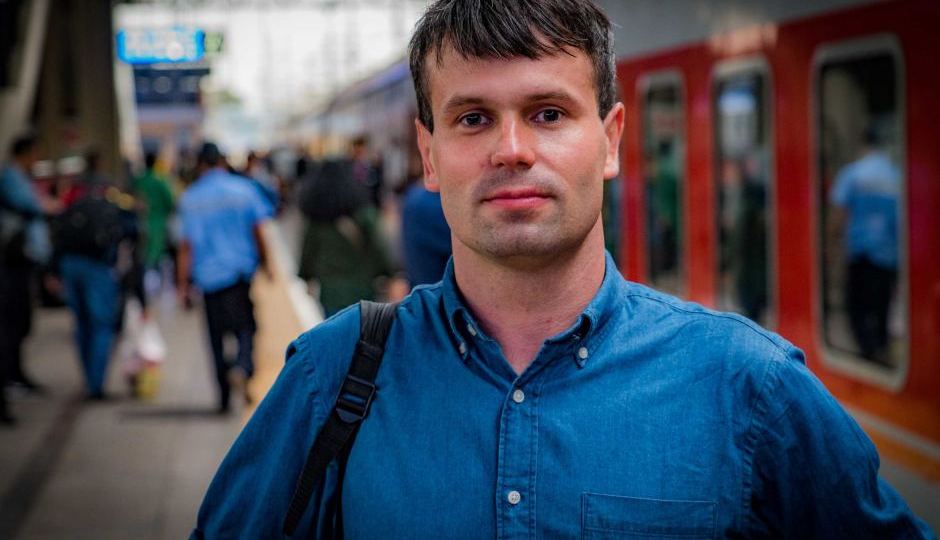 Conjure up a picture of North Korea and it would probably be a mass military parade – tanks, ballistic missiles and thousands of faces and feet marching in perfect unison.

It may also invoke images of poverty, human rights abuse and a repressive regime teetering on the brink of war.

The official Australian government advice for travellers wishing to visit the secretive state is to “reconsider your need to travel”, only one step down from its sternest warning which cautions people against visiting at all.

But Australian Matt Kulesza remains undeterred. A tour guide operating in China, he regularly takes those with an appetite for adventure from Beijing into North Korea on guided tours.

Such tours provide only a small glimpse into the real North Korea. Local guides keep a watchful eye over the tourists who are shown a markedly sanitised version of the country, far removed from the realities of the opaque regime.

“People say it’s unethical to travel to North Korea, that you’re funding the missile program, but we are a budget tour company with little going to the government.”

Mr Kulesza, who’s seen six of the nine provinces in North Korea, says the hermit state is not the “terrifying place” Western media might have you believe.

“The more I have a personal connection with the people I work with in the country, the more I want to experience showing people a different side to North Korea that’s not often depicted in news or documentaries,” Mr Kulesza said.

“There’s a lot of other interesting things happening than just the missile tests and the Kim (Jong-un) dynasty/regime.

“I’d (also) argue that a lot of terrible things are happening in many countries around the world.

“I’d encourage people to go to Australia despite our horrific treatment of Indigenous people and refugees camps and similarly I’d be happy to travel to America despite there being a lot of things I don’t believe in American politics. It has the largest percentage of imprisoned people per capita for example or its recent tragic massacre in Las Vegas.”

Mr Kulesza’s latest tour inside North Korea starts with a briefing, with a group of 20 or so travellers huddled around him as he spells out the “dos” and “don’ts” when visiting.

After a night of rest, Mr Kulesza along with three North Korean guides take the group to see the regime’s show pieces: the Mansudae Grand Monument — a memorial site honouring the founding fathers of the nation as well as the Pyongyang metro station, which doubles as a bomb shelter at 110 metres deep.

The metro is impressive, adorned with artisan mosaics and murals along the sides completed almost half a decade ago.

Next stop is the Grand People’s Study House. It’s the central library with 600 rooms but most of the rooms were empty.

While there, the tour group is shown the internet, but it’s only connected to about a dozen North Korean government websites.

All foreign sites are banned and punishments for looking at them can be as severe as the death penalty.

‘They are just normal fun people’

Through his many trips, Mr Kulesza has become good friends with the locals and says North Korean people are not the brainwashed automatons often depicted in the news and popular culture.

“When you go there as tourists (the locals) don’t talk about that (propaganda) stuff, they’re just themselves. At the end of the day eating dinner, drinking or in local hotels or bars, they are just normal fun people.

“They’re making the most out of a situation in which they have no control over … they have no choice of where they’re born. They make the best of their specific situation.”

Mr Kulesza then takes the visitors to Manyungdae Children’s Palace, a lavish auditorium where children decked out in traditional costumes sang and danced for the audience.

In between performances, a video of nuclear missiles being launched flashes up on the screen and the performance turns into the glorification of the nuclear program.

‘Going back in time to another universe’

Mr Kulesza said the displays of military might are often misconstrued.

“Kim Jong-un wants nuclear weapons to stay in power but from the people’s perspective, from people I’ve spoken to, they see it merely as a defence, they don’t want to attack South Korea or America despite the propaganda they have.

“They see it is a defence, they feel threatened by the US and South Korea.”

The tour is capped off by a visit to the Demilitarised Zone (DMZ), a strip of land which runs across the Korean Peninsula.

It was established by the Korean Armistice Agreement and serves as a buffer zone between North Korea and South Korea.

The visit turns into a history lesson from the perspective of the North Korean regime.

“It’s kind of nerve racking. The sensitivity still stands out at the moment. It was really interesting to hear this side of the story,” said Kerstie Cooper from the UK.

As the trip wraps up, the tour group heads back on the train, bids their local guides goodbye and reflects on the journey.

“It’s eye-opening, it’s like going back in time to another universe, how everything operates is completely different from the western world,” said Beth Blount, a teacher from England visiting North Korea for the first time.