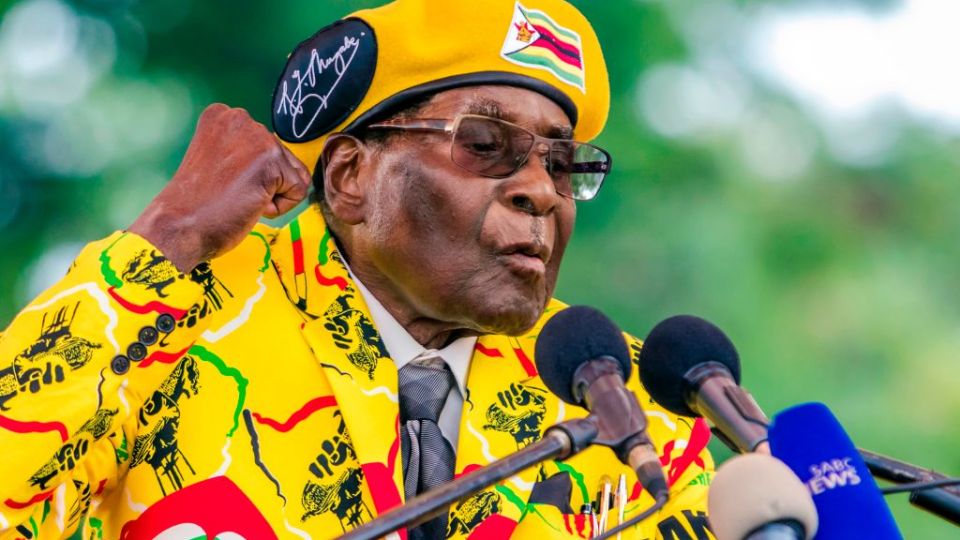 Robert Mugabe is the only leader many Zimbabweans have known. Photo: Getty

Robert Mugabe has confounded expectations he would resign as Zimbabwe President, despite being deposed as leader of the ruling party.

Mr Mugabe, 93, made a 20-minute televised public address Monday morning (AEST) calling for a return to normalcy, but ended the rambling speech without his much anticipated resignation.

It is believed he was given an ultimatum to either stand down as leader of be impeached.

Chris Mutsvangwa, the leader of the liberation war veterans who have been spearheading an 18-month campaign to oust Mugabe, said plans to impeach him in parliament, which next sits on Tuesday local time, would now go ahead, and that there would be mass protests on Wednesday.

He also implied that Mugabe, who spoke with a firm voice but occasionally lost his way in his script during the 20-minute address, was not aware of what had happened just hours earlier.

“Either somebody within ZANU-PF didn’t tell him what had happened within his own party, so he went and addressed that meeting oblivious, or (he was) blind or deaf to what his party has told him,” Mr Mutsvangwa said.

In his public address, Mr Mugabe said he acknowledged the concerns that were raised by the military in meetings following its intervention last week, which he said was “triggered by concerns arising from their reading of the state of affairs in our country and in the ruling Zanu-PF party”.

Flanked by the leaders of Zimbabwe’s military, Mr Mugabe called on the country to “return to normalcy”.

Mr Mugabe said he would stay on as Zimbabwe’s leader at least until the ruling Zanu-PF’s congress in December.

Official party positions are traditionally decided at the congress, and Mr Mnangagwa may officially take over the country then.

Attendants at the ZANU-PF meeting earlier sang and danced in celebration after the decision to Mr Mugabe as leader.

Mr Mugabe’s wife Grace has also been expelled from the ZANU-PF, Mr Mutsvangwa said after the meeting.

In his opening remarks at a meeting of ZANU-PF’s Central Committee, Obert Mpofu, the official chairing the gathering, said the party had come together with “a heavy heart” and hailed the beginning of “a new era, not only for our party but for our nation Zimbabwe”.

He said Mr Mugabe had served the country and contributed “many memorable achievements”, but that Mr Mugabe’s wife Grace “and close associates have taken advantage of his frail condition” to loot national resources.

Mr Mpofu referred to Mr Mugabe as the “outgoing President”.

Mr Mugabe, who is the oldest world leader, has been under house arrest since the military seized power last week.

The Southern African Development Community will discuss Zimbabwe’s political crisis on Tuesday at a summit in the Angolan capital Luanda, South Africa said.

On Saturday, hundreds of thousands of people flooded the streets of Harare, singing, dancing and hugging soldiers in an outpouring of elation at Mr Mugabe’s expected overthrow.