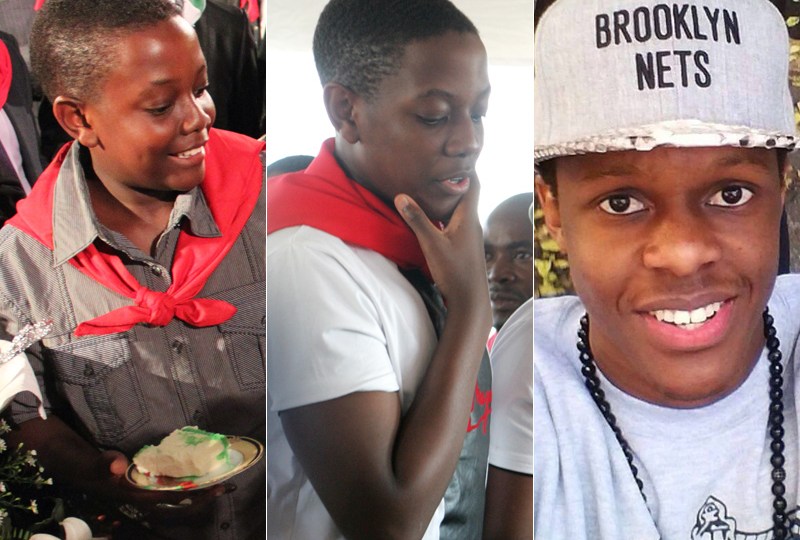 Chatunga Mugabe has morphed into a despised figure in Zimbabwe. Photos: Getty / Instagram

A disgustingly wasteful display of wealth by ousted President Robert Mugabe’s son has been seized upon by Zimbabweans as proof of the regime’s moral corruption.

A video of Bellarmine Chatunga Mugabe, 21, carousing in a nightclub while millions of his fellow citizens go hungry has been widely circulating African social media.

The footage shows Bellarmine Chatunga Mugabe and a friend deliberately pour an entire bottle of what appears to be Armand de Brignac Brut Gold champagne over their diamond-encrusted luxury time pieces.

A bottle of Armand Gold retails for around $480 in Australia. In another post, Bellarmine Chatunga claimed the watch was worth $US60,000.

His brother Robert Jnr can be seen kissing a woman in the background.

The sons are notorious playboys. Their mother, Grace, gave birth to a daughter Bona, 28, and Robert Jnr while working as a staffer to the President, and while still married to her first husband. Bellarmine Chatunga was born after Grace’s marriage to Robert.

The footage triggered outrage because Zimbabwe, once one of Africa’s wealthiest nations, has been financially devastated under Robert Mugabe’s rule. Its economy relies heavily on tobacco exports, which have slumped ever since his government authorised the seizure of roughly 4500 mostly white-owned tobacco farms.

The country has also been plagued by hyperinflation for decades, peaking at about 500 billion per cent at the end of 2008, according to the International Monetary Fund. This has devastated the population’s ability to save for the future, and often made it extremely difficult to buy essential items like food and water.

Inflation is currently above 200 per cent and unemployment above 90 per cent.

The boys’ mother, Grace, 52, is as notorious as her sons in Zimbabwe. She is known as ‘Gucci Grace‘ because of her luxury tastes.

In August last year, the family hit international headlines after Mrs Mugabe allegedly assaulted a 20-year-old model and her two friends in a South African hotel. Her sons allegedly joined in the assault, injuring a pregnant staff member. She was allowed to leave South Africa without facing criminal charges because of diplomatic immunity.

Mrs Mugabe is believed to have been under house arrest along with her husband. The Zimbabwe military seized control of the country, with Mugabe, 92, being deposed as leader of the country’s ruling party on Sunday.

The prospect of an end to Mr Mugabe’s rule had brought protesters onto the streets of the capital of Harare in their thousands.