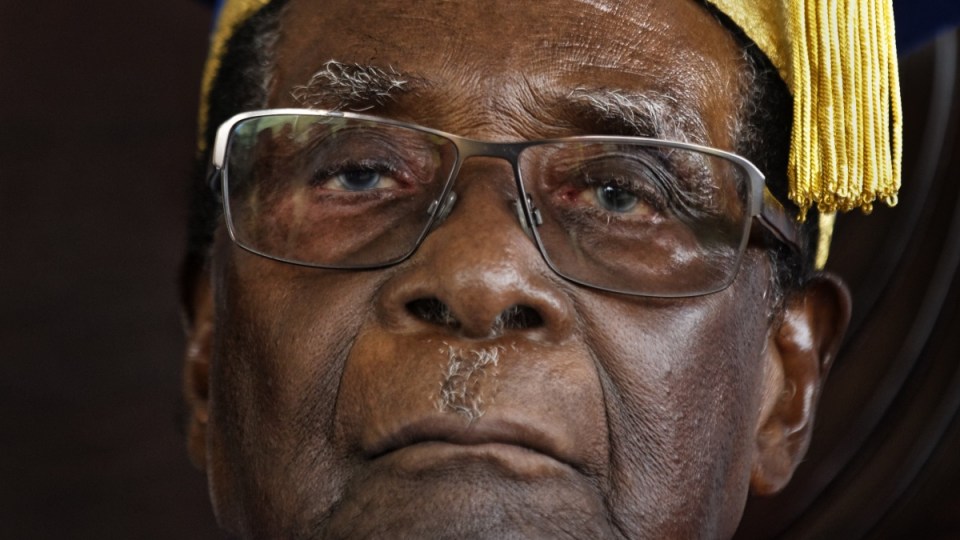 Mr Mugabe had reportedly asked for 'a few more days, a few more months' during negotiations to end his decades-long rule. Photo: AAP

Zimbabwe’s ruling ZANU-PF party has called on President Robert Mugabe to resign, the main state newspaper The Herald reported, the latest sign that the ageing leader’s authority has collapsed after an army takeover.

The newspaper said that ZANU-PF branches in all 10 provinces had met on Friday and had also called for Mugabe’s wife, Grace, whose ambitions to succeed her husband triggered the unfolding political crisis, to resign from the party.

Mugabe appeared in public on Friday for the first time since the army took charge, as the ruling party made plans to force him to step down after almost four decades in power.

The president, who is 93, opened a graduation ceremony at Zimbabwe Open University in Harare.

He wore blue and yellow academic robes and a mortar board hat and appeared to fall asleep in his chair as his eyes closed and his head lolled.

Mugabe led the country’s liberation struggle and has dominated its politics since independence in 1980.

A senior member of the ZANU-PF ruling party said it wanted him gone.

“If he becomes stubborn, we will arrange for him to be fired on Sunday,” the source said. “When that is done, it’s impeachment on Tuesday.”

The Herald reported that ZANU-PF would convene a special Central Committee meeting on Sunday to “realign the revolutionary party with current political developments.”

The military, which seized power on Wednesday, has so far treated Mugabe carefully.

It said in a statement on national television it was “engaging” with Mugabe, referred to him as Commander in Chief and said it would announce an outcome as soon as possible.

ZANU-PF has also called for a mass meeting in the capital on Saturday to show its support for the War Veterans group in their bid to remove Mugabe.

The veterans, Mugabe’s former comrades from the liberation war, who enjoyed a privileged position under his rule for decades, had chafed in recent years as his wife Grace positioned herself to succeed him.

They finally turned on him decisively after he sacked Vice President Emmerson Mnangagwa last week.

The Herald newspaper on Friday said that ZANU-PF wanted Mr Mnangagwa reinstated as vice president because he was dismissed “without endorsement of the central committee”.

Many Zimbabweans suspect the military’s plan is to hand power to Mr Mnangagwa, a long-serving Mugabe confidant and liberation war veteran nicknamed “the Crocodile”.

The generals may be waiting until can be reinstated as vice president before arranging for Mugabe to resign.

Mr Mutsvangwa, chairman of the Zimbabwe National Liberation War Veterans Association, told reporters in Harare on Friday that Mr Mugabe had asked for “a few more days, a few more months” amid negotiations with army chiefs over the end of his reign.

He reportedly said “between now and tomorrow” they will warn the President that the game up.

“He has to make a decision today to leave,” he said. “If he doesn’t leave, we will settle the scores tomorrow.”

Mugabe is revered as an elder statesman and independence leader but he is also viewed by many in Africa as a president who crippled his country by remaining in power too long.

He calls himself the grand old man of African politics.

Robert Mugabe’s own party threatens to fire him as he asks for ‘just a few more days, months’